“MY GIFT: A CHRISTMAS SPECIAL FROM CARRIE UNDERWOOD” TO DEBUT DECEMBER 3 ON HBO MAX 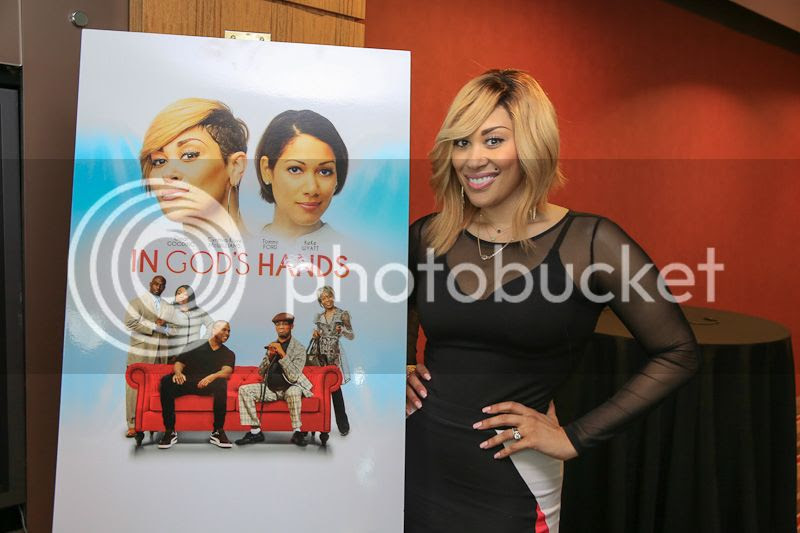 Platinum-selling recording artist and R&B Diva KeKe Wyatt took Atlanta by storm yesterday as she promoted In God’s Hands, a new stage play written and directed by Alvin Moore, Jr. and produced by One Village Entertainment and Swirl Films. In God’s Hands will be available on DVD and digital download at WatchImage.com, Amazon andiTunes on July 15.

The highlight of the day was an exclusive meet and greet at Twelve Hotel in Atlantic Stationwhere local and national press were invited to speak with Keke about her involvement in the play. Attending press included Britt Middleton (BET.com), Dea Winfrey (Freddy-O.com), Kia Kelliebrew (Sister 2 Sister), Kim Ford (Jubilee Magazine), Yvette Caslin (Rolling Out) and many more.

To kick things off for the meet and greet, Nina Henderson Moore, President of RLJ Entertainment – Urban, provided remarks about the RLJ brand, the importance of urban films in today’s culture as well as RLJ’s plans for current and future digital initiatives. Nina also introduced KeKe and stated how inspiring she is to women and how excited she is to have her as part of In God’s Hands.