Self-made and self-taught, Corey and Ramone will stuff anything into a chicken wing and get inspiration for their creations from the most unexpected places. As seen in the special, their marrying of fried chicken wings with savory ingredients such as jambalaya or mac & cheese inside a chicken wing are by trial and error, a cue to how the pair often tackle business choices. For these two best friends, this isn’t just another food trend, it’s their meal ticket and chance to strike it rich. “Wingmen” will follow the pair as they attempt to get their crazy business habits in order and make their dreams of owning a million-dollar wing empire a reality.

“Wingmen” is executive produced by Paperny Entertainment.
For a first look, click the image below 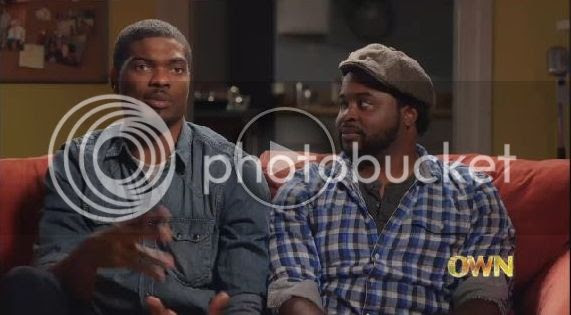 ABOUT OWN: Oprah Winfrey Network

OWN: Oprah Winfrey Network is the first and only network named for, and inspired by, a single iconic leader. Oprah Winfrey’s heart and creative instincts inform the brand – and the magnetism of the channel.  Winfrey provides leadership in programming and attracts superstar talent to join her in primetime, building a global community of like-minded viewers and leading that community to connect on social media and beyond. OWN is a singular destination on cable.  Depth with edge.  Heart. Star power. Connection.  And endless possibilities.  OWN is a joint venture between Harpo, Inc. and Discovery Communications.  The network debuted on January 1, 2011 and is available in 85 million homes.  The venture also includes the award-winning digital platformOprah.com.  For more information, please visit www.oprah.com/own