ELLEN HOLLMAN FIGHTS BACK IN “ARMY OF ONE”

WONDER WOMAN 1984 OPENS IN THEATERS AND HBO MAX IN THE U.S. ON CHRISTMAS DAY

ELLEN HOLLMAN FIGHTS BACK IN "ARMY OF ONE"

WONDER WOMAN 1984 OPENS IN THEATERS AND HBO MAX IN THE U.S. ON CHRISTMAS DAY

Last night, over 250 VIPs in business, philanthropy and entertainment gathered at Corner Social in Harlem for the third installment of REVOLT TV‘s community initiative, “HELLO Harlem” – a summer series to benefit the Boys and Girls Club of Harlem(BGCH).

Sponsored by AQUAhydrate, Sean John and Ciroc, and supported by Harlem Park to Park, The Nelson Group and Uptown Magazine, the evening was hosted by Hisham Tawfiq from NBC’s “The Blacklist” and featured remarks by Kai Wright, REVOLT TV VP of Communications, who acknowledged special guests and encouraged donation support. Mike Houston, VP, Account Management for The Nelson Group, did a fun interview with some of the kids from the BGCH to talk about their favorite activities and why they love being a part of the organization.

REVOLT’s DJ Hannah Rad kept the crowd moving while spinning on the 1s & 2s, and celebrated trumpeter, vocalist and composer Theo Croker was accompanied by his band, DVRKFUNK, and gave an amazing performance featuring songs from his new album “Afrophysicist” – in stores now.

The HELLO Harlem summer series will continue every Monday through September 8, 2014. The next event will be held on Monday, July 28 at the Harlem Tavern (2153 Frederick Douglas Blvd., Harlem 10026). An exclusive red carpet experience, the event will feature a special showcase of performers from various Broadway shows including Tony award-winning musicals “Kinky Boots” and “Once,” presented by Sony Music Masterworks. 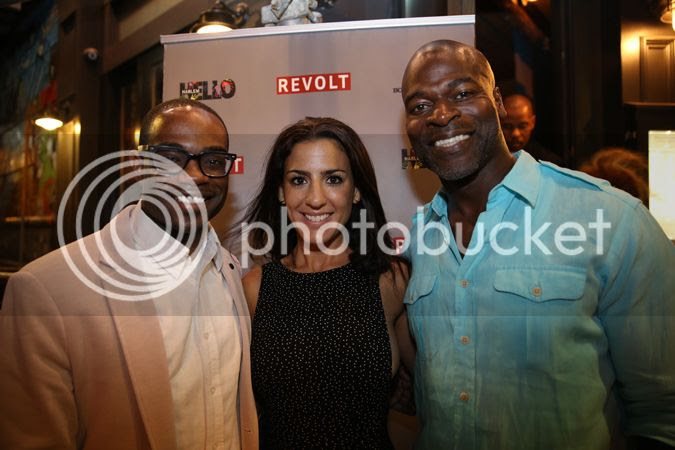 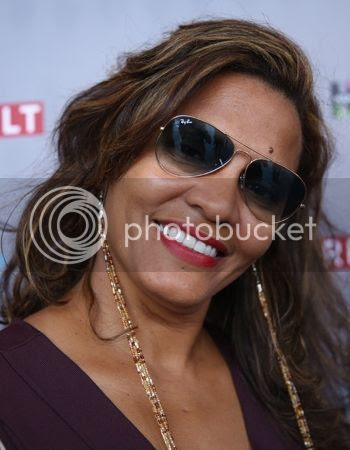 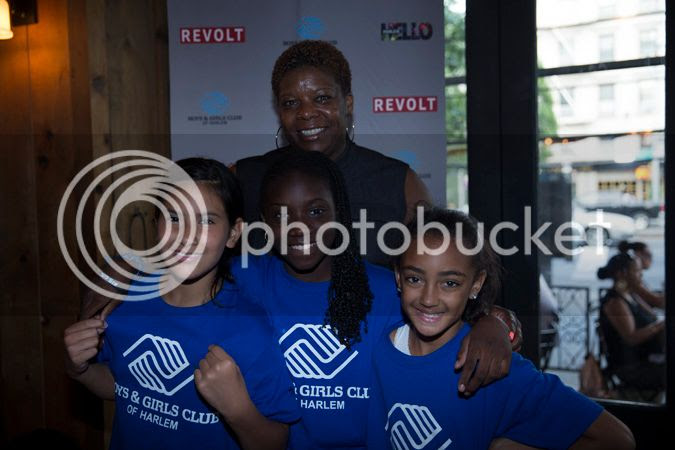 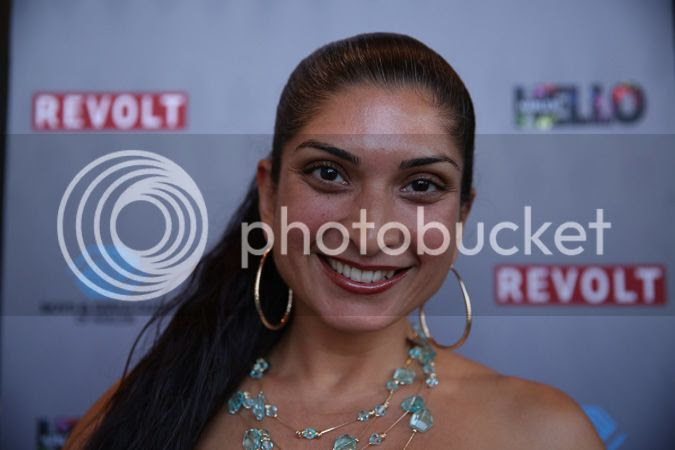 Edith Massiah with the girls of the BGCH Jada Orellana, Amirah Jenkins, 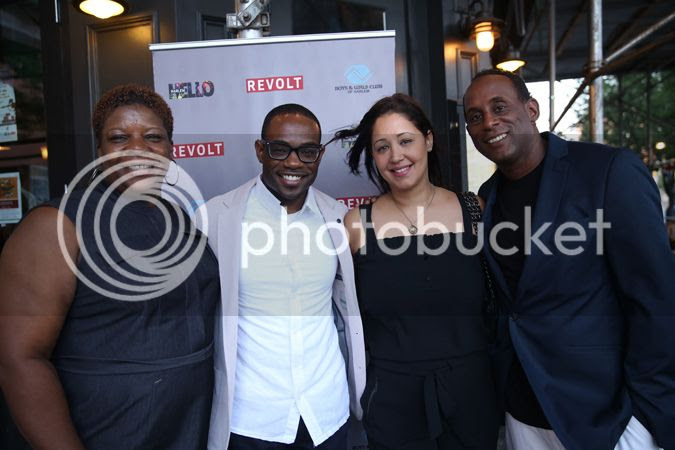 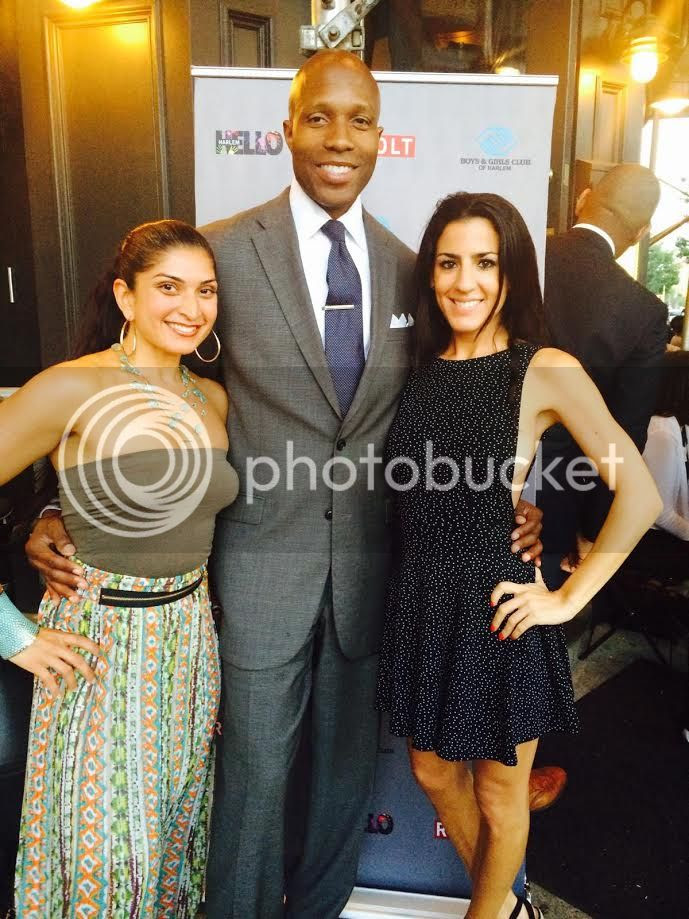 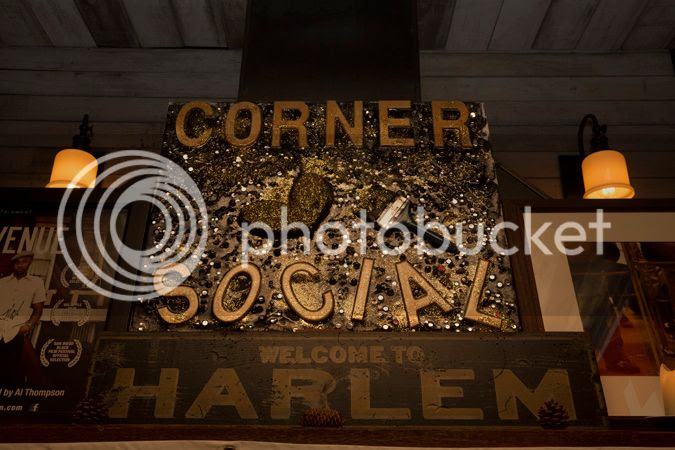 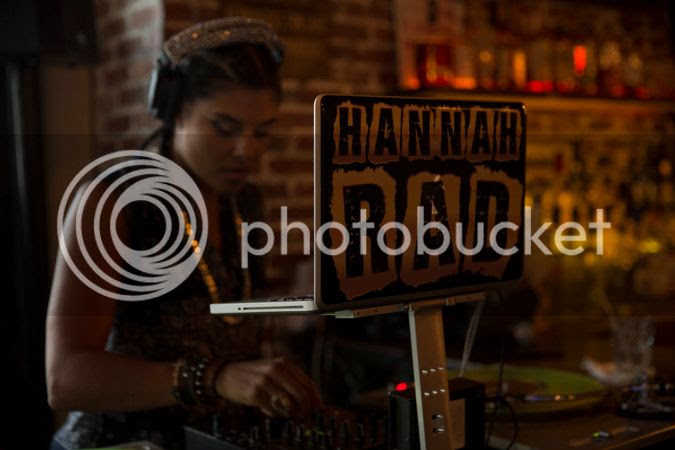 Corner Social was indeed the place to be (left); Hannah Rad rocked the 1s & 2s for the evening (right) 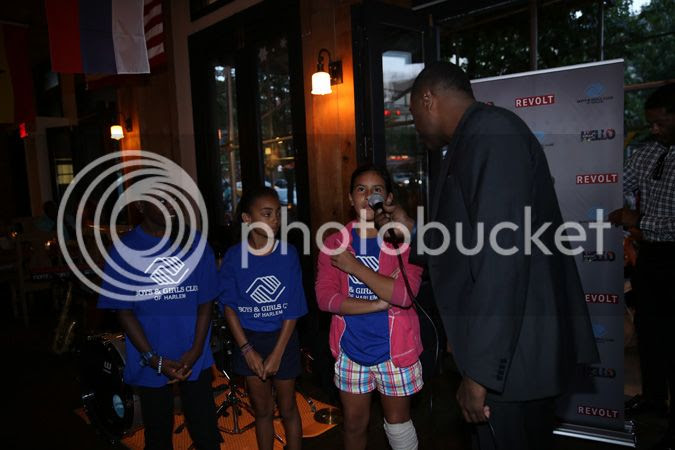 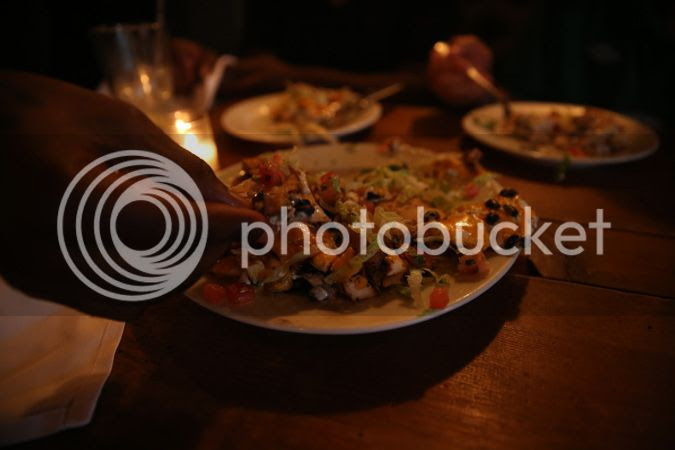 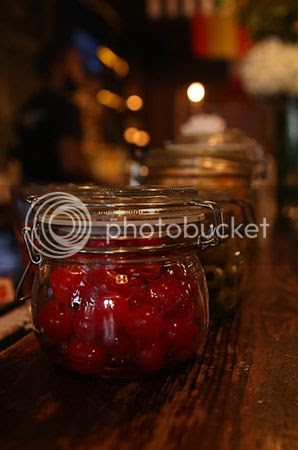 Guests enjoyed deliciousness at every turn 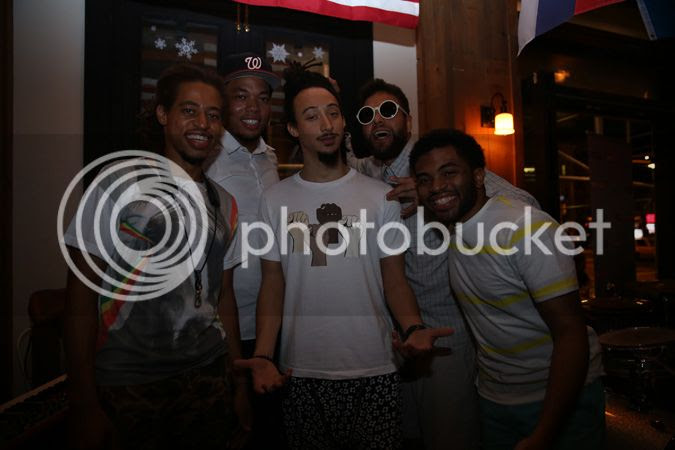 Did someone say “TURN UP!?!” Theo Croker (middle) and DVRKFUNK are ready to groove. 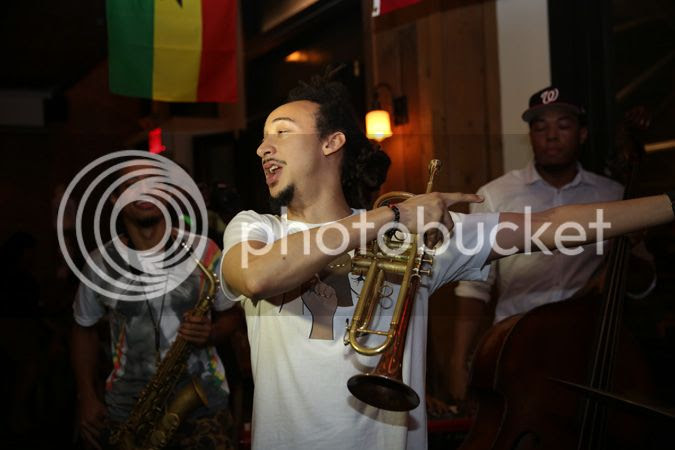 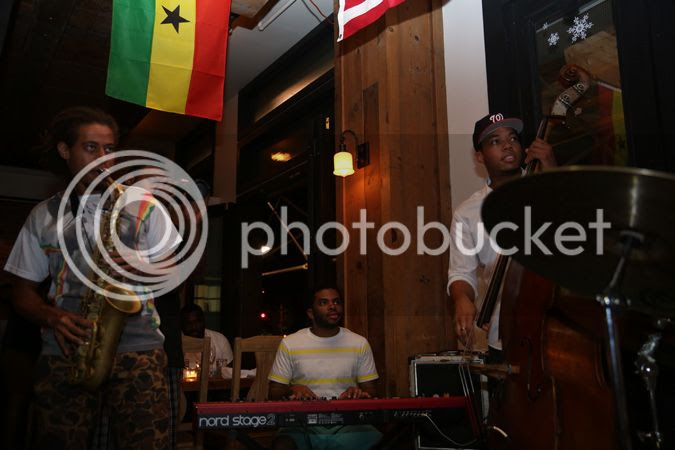 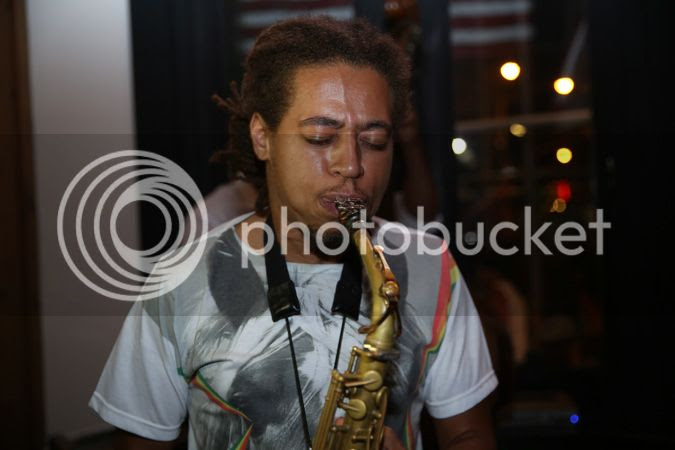 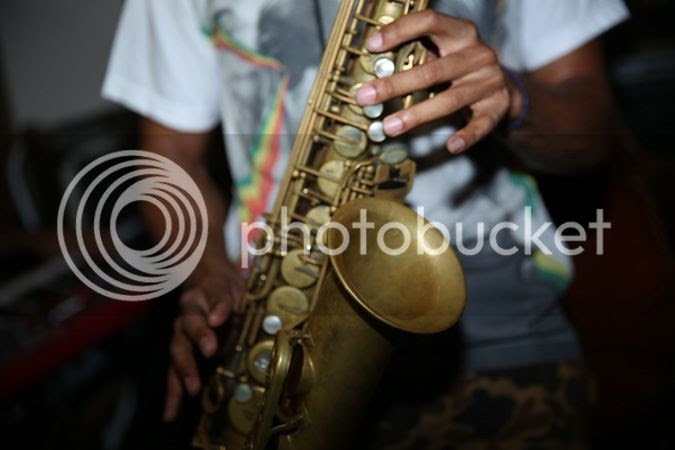 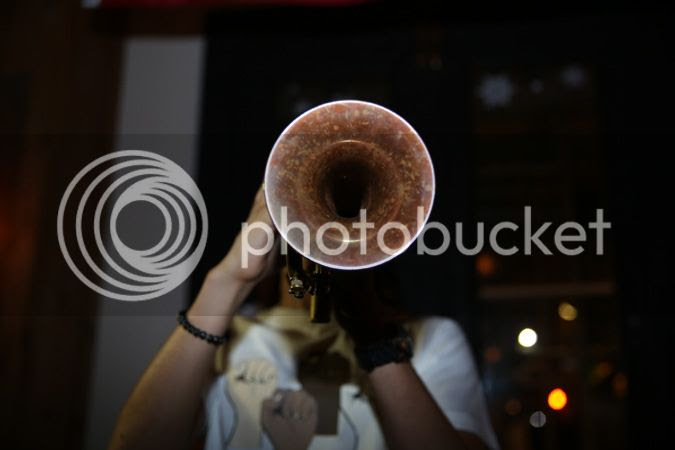 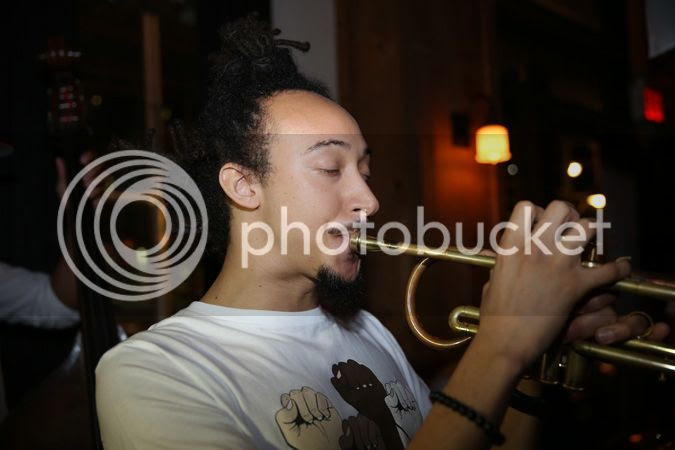 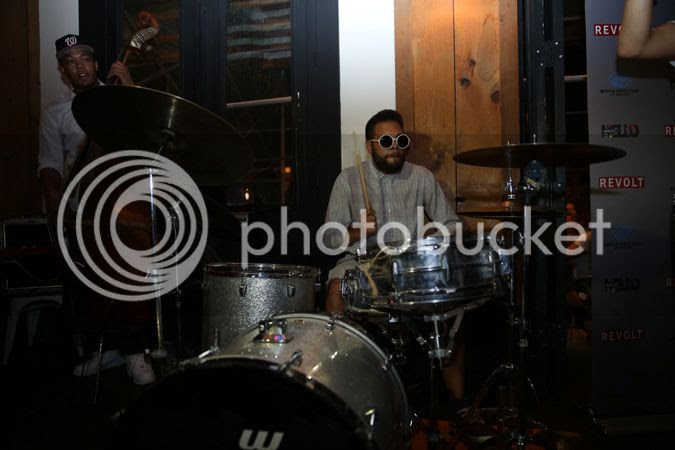 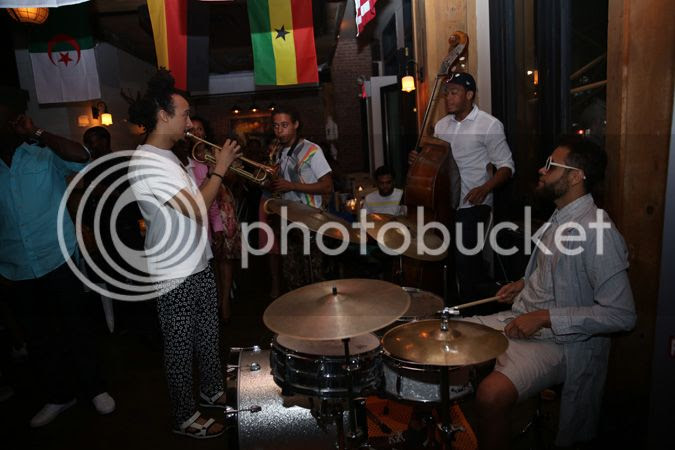 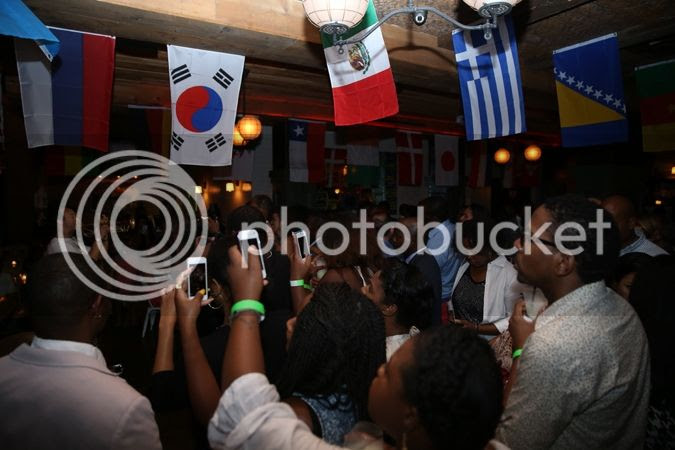 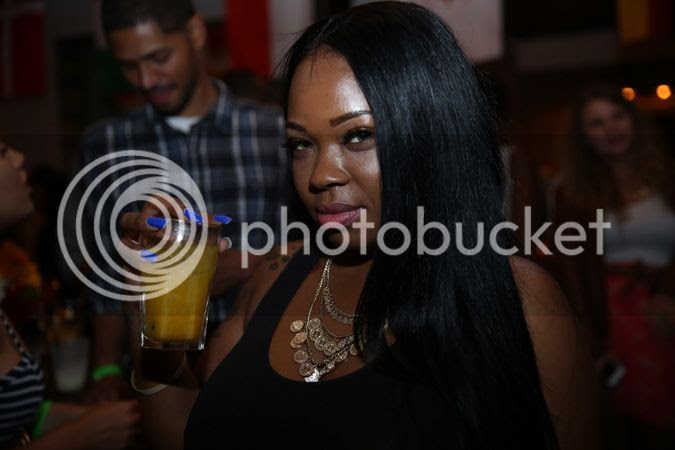 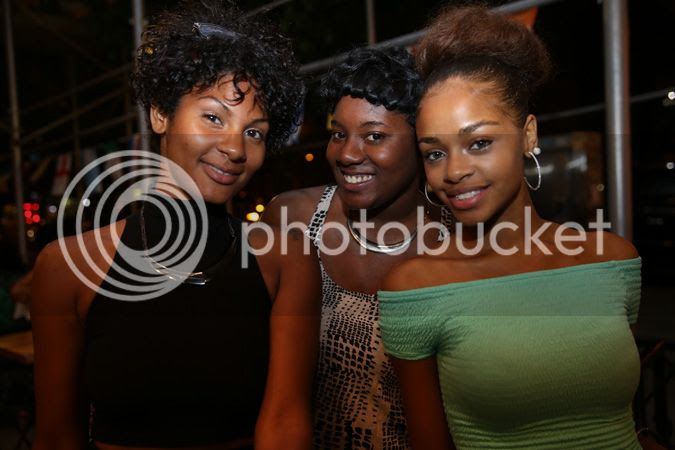 Lovely ladies in the house. 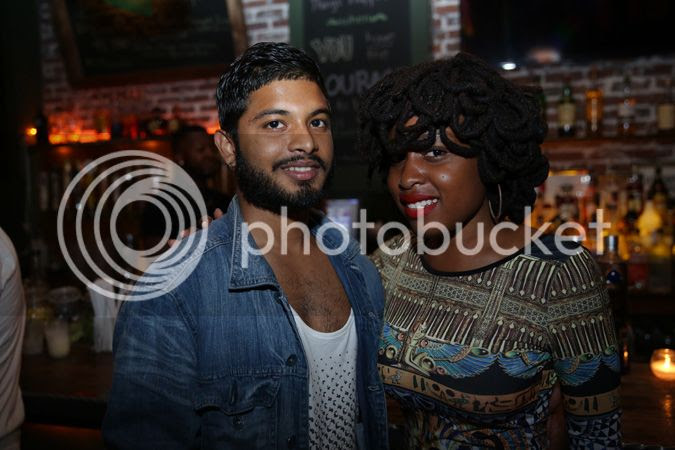 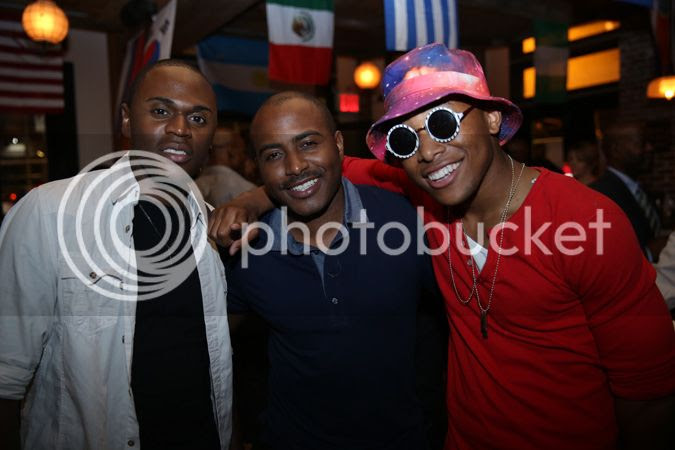 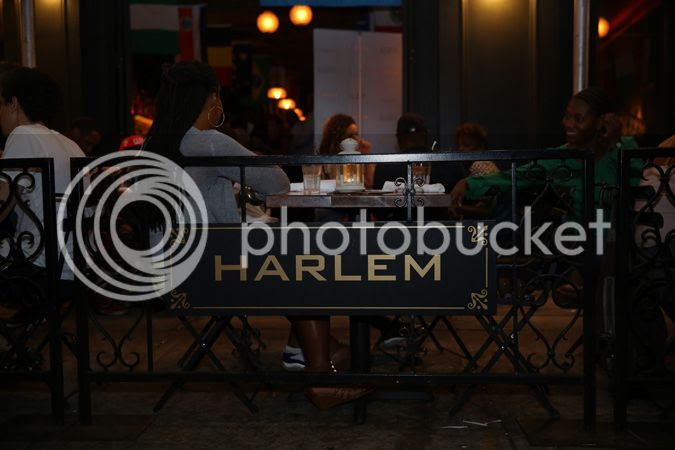 See ya next time!

The HELLO Harlem summer series continues July 28 – September 8, 2014. The events are invitation-only and the only way to get access is by being a donor.

Join us throughout the summer at one or all of the 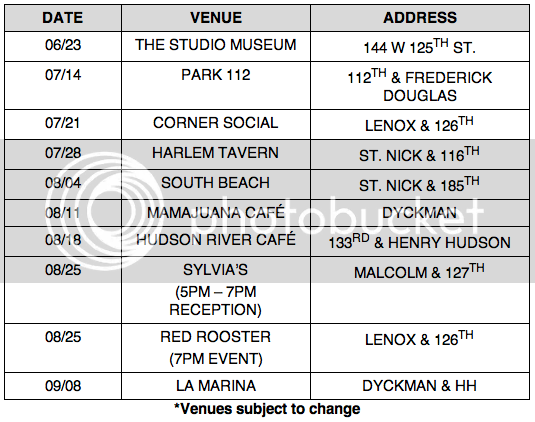 Staying true to their music roots, REVOLT will feature emerging artists and bands at each of the events. For consideration to perform, NY-based musicians should post samples of their music in social media with hashtag
#helloharlemnyc.
Use the hashtag #helloharlemnyc

to experience the impact.

0
0   0
previous Who Do You Think You Are? 2014 Season
next Lionsgate And Samsung To Debut Official 'The Hunger Games:Mockinjay'- Part 1 Trailer
RGN staff
Related Posts