The partnerships represent a significant expansion of the festival, which curates 12 of the best award-winning shorts of the previous year and streams them online for voting by TheWrap’s audience and a jury of entertainment industry film experts.

“There is a rising tide of interest in the shorts format, and this year’s growth of The ShortList is a sign of that,” said Sharon Waxman, TheWrap’s CEO and Editor in Chief.

“Our goal is to curate and celebrate the very best filmmakers making shorts and help them reach as wide an audience as possible,” said Nancy Collet, the Director of Programming for TheShortList. “We are thrilled to be able to support these filmmakers with cash prizes.”

Founding sponsors MTV and Cinedigm have also returned to sponsor the festival in 2014. 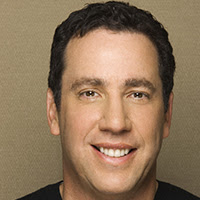 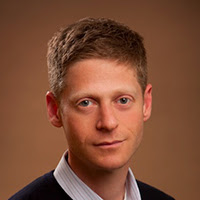 With the aim of shining a light on the best filmmaking in the short format while showcasing new talent, the ShortList will stream 12 award-winning short films, hand-picked from the world’s top film festivals of the past year.

The shorts will be hosted on http://shortlistfilmfestival.com/ and TheWrap’s YouTube channel where film voting will begin on August 13th and conclude August 27th.  All the shorts will be exclusively aired on the movie channel EPIX.

The awards will be handed out at a ceremony at the YouTube Space Los Angeles on August 28th, 2014, where the finalists will be screened and a panel discussion by the judges will debate the challenges and opportunities in short filmmaking.

The Audience Award is determined by viewers’ online votes and a Jury Prize chosen by the Industry jury.

Both winners will also receive the opportunity to consult with production executives at the independent movie studio Cinedigm, as well as a movie studio partnered with EPIX.

About The Wrap News Inc.:
The Wrap News Inc., founded by award-winning journalist Sharon Waxman in 2009, is the leading digital news organization covering the business of entertainment and media. As a multi-platform media company, The Wrap News Inc. is comprised ofTheWrap.com, the award-winning, industry-leading outlet for high-profile newsbreaks, investigative stories and authoritative analysis; PowerGrid Pro, the most current, relevant film development database; ThePowerGrid , an algorithmic, data-driven ranking system for every person, project and company in the film business; and TheGrill, an executive leadership conference centered on the convergence of entertainment, media and technology. The Wrap News, Inc. is backed by Maveron, a venture capital firm based in Seattle, Washington and co founded by Starbucks CEO Howard Schultz and Dan Levitan.

TheWrap was nominated as the Best Entertainment website in 2012 and named the best online news site in both 2012 and 2009 at the National Entertainment Journalism Awards by the Los Angeles Press Club. It has won many other awards for investigative reporting, columns, criticism and feature writing. TheWrap was named one of the “100 Most Important Online Publishers” in 2010 by OMMA, the magazine of online media, marketing and advertising.