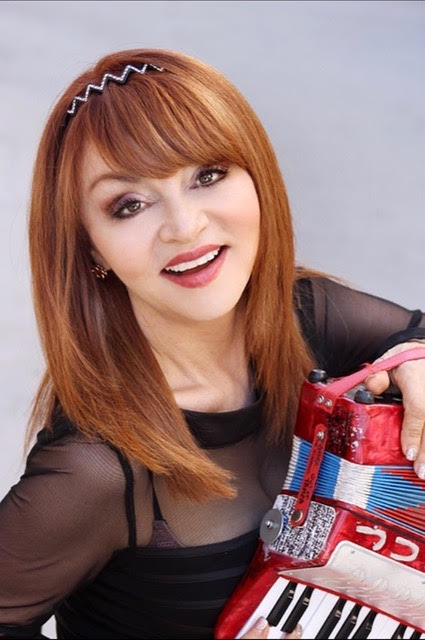 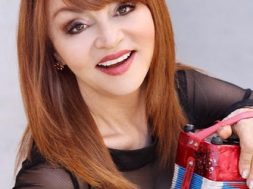 Judy Tenuta was the most famous person who ever lived … and if you don’t believe it, all you had to do was ask her.

Now, the woman known to fans as “The Love Goddess” and “Aphrodite of the Accordion,” Comedienne Judy Tenuta, has passed away in her home in Studio City. One of nine siblings, Judy (after Judy Garland), was born in Oak Park, Illinois (a suburb of Chicago), on November 7, 1949, into a Catholic family to a Polish mother, Johanna, and an Italian father, Caesar. She grew up in a staunchly Irish-Catholic neighborhood and attended the University of Illinois at Chicago, where she majored in theatre. A straight-A student her entire life, Judy was the first of the Tenuta family to graduate college. Her interest in comedy began when she took an improv comedy class with the Chicago improv group The Second City and shortly after began opening for other comedians in Chicago throughout the 70s.

During her first-ever solo performance, Tenuta shocked audiences by dressing up as the Virgin Mary, and after being encouraged by her friends to incorporate an accordion into her routine (an instrument her mother, a fan of Lawrence Welk, encouraged her to learn), she began to develop the character into her iconic persona as the wisecracking “Love Goddess.” After building a fiery reputation as one of the “hottest young comics around,” Tenuta left Chicago and moved to New York City in the late 80s to host an HBO Comedy Special with Ellen DeGeneres, Rita Rudner, Martin Short, and Paula Poundstone.  By the mid-1980s, Tenuta had gained some mainstream notoriety for a series of television ads for MTV and Diet Dr. Pepper and moved to Los Angeles, where she harbored a fiercely independent attitude, openly rejecting Hollywood beauty standards and celebrity, while she continued to perform on national tours for years afterward, making special visits to the Chicago circuit. Tenuta’s act introduced the public to many exaggerated, campy, and offbeat personas with monikers that included “The Petite Flower,” “Fashion-Plate Saint,” ”Queen of Candy-Pants,” “Princess of Panty Shields,” “Empress of Elvis Impersonators,” and the “Buffer of Foreheads,” in addition to her primas, “The Love Goddess” and “Aphrodite of the Accordion,” all of which wore an array of fantastical costumes made up of Aphrodite dresses, feather boots, egg bras, nippy cup necklace, and gauzy capes, with a variety of props―most notably her iconic accordion, currently on display at the Hollywood Museum.

Judy was a triple threat in the sense that she has strong stage, television, comedy, and film credits with a large fan base.  She appeared in” The Vagina Monologues,” “Menopause the Musical” both in LA and Chicago, and her own stand-up specials on Showtime, HBO, and Lifetime.  Judy was the first female stand-up comic to win “Best Female Comedian” at the American Comedy Awards and is a two-time Grammy nominee for “Best Comedy Album” her comedy CDs, “Attention Butt-Pirates and Lesbetarians!” and “In Goddess, We Trust,” eventually offered her own unique take on life in her book titled “Full Frontal Tenudity” and “The Power of Judyism.”

Some of Judy’s roles included an ex-showgirl turned wedding chaplain on General Hospital, a snobby judge on “Corey in the House” and a featured role in the teen comedy hit, “Material Girls”, starring Hillary and Haley Duff and directed by Martha Coolidge.  Judy also produced and starred in her own film, “Desperation Boulevard” about a former child star who stops at nothing to make a comeback. Judy co-starred with Bruce Vilanch in the Indie film, “Sister Mary” and completed 2 Independent films: Playing Zania, a menacing, aging actress in “Going Down in LALA Land.”  In addition, Judy portrayed an overly zealous, in-your-face Mother of the star high school pitcher in “Gibsonberg,” based on a true story.

Tenuta’s use of her voice in her stand-up act has lent itself to Voice-over work in several animated programs. These included doing the voice of Edna on “Duckham,” Munch Kelly “Cow and Chicken,” in the banned episode “Buffalo Gals,” Black Widow on “Space Ghost Coast To Coast” and as herself in “Dr. Katz, Professional Therapist.”  She has appeared in numerous film and television roles, including the dominatrix disciplinarian “Samantha Rottweiler” in “Butch Camp,” and the loud-mouthed librarian “Mrs. Holler” in Ned’s Declassified School Survival Guide,” in addition to various minor characters in “The Weird Al Yankovic Show” and featured in many of Yankovic’s comedy shorts and music videos, as well as dozens of other minor acting roles.

Tenuta was an outspoken advocate for gay rights and has amassed a faithful following in the LGBTQ community.  During the early years of her career, Tenuta frequently performed at gay bars and clubs around Chicago, perform at and appeared as a Grand Marshall for numerous Gay Pride festivals, and even became ordained as a minister to officiate same-sex marriages.

Judy became an inspiration to others dealing with solitude and health issues during the pandemic. For the last couple of years, while the world dealt with the pandemic, comedienne Judy Tenuta, had been battling stage 4 ovarian cancer and, or as she puts it in her recent viral video, is “Kicking Cancer’s Ass,” shot entirely during isolation and quarantine at home.  Despite losing the battle, the video went one on to receive numerous accolades and become an inspiration to others and an unexpected battle cry for those who are experiencing not only cancer but other health issues, including covid.

Tenuta is survived by her life partner, Vern Pang, five brothers (Daniel, John, Steven, Thomas, and James), and sister (Barbara), in addition to two nephews, four nieces, and a grand-niece. Although services have not been announced, Ms. Tenuta will be interred at Hollywood Forever. In lieu of flowers, Ms. Tenuta had requested that donations be made to one of the following charities – Make a Wish Foundation (https://wish.org), St Jude Hospital (https://www.stjude.org), or City of Hope (https://www.cityofhope.org).