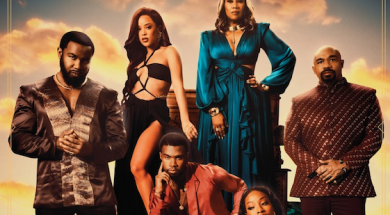 May 11, 2022 RGN staff
0
0
0
0
Michael Beach, Michael Jai White & Chaundre A. Hall-Broomfield Star As Series Regulars  ABOUT “KINGDOM BUSINESS”: Denita Jordan is the Queen of Gospel Music at First Kingdom Church and Kingdom Records in Atlanta. A superstar whose music has been heard around the world, she is determined to guard her family and its many secrets at all costs. Her husband Calvin […]
Read more

February 19, 2016 RGN staff
0
0
0
Wearing: Zimmerman In just six short months the up and coming actress and singer who made her first appearance at NYFW (September 2015) to last week’s NYFW, SERAYAH  is quickly establishing herself as rising fashion star on and off the red carpet!  Her first showing at fashion week last September, she made the rounds […]
Read more

February 6, 2016 RGN staff
0
0
0
We all know it’s not just about the awards,  it’s also about the gowns, hair and makeup. Actress Serayah McNeill definitely did not disappoint as she attends the 47th NAACP Image Awards presented by TV One at Pasadena Civic Auditorium on February 5, 2016 in Pasadena, California.  Serayah is best known for her recurring role […]
Read more