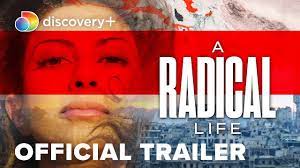 October 13, 2022 RGN staff
0
0
0
The Original Productions film premieres Thursday, October 13th, only on discovery+. Following news that “A Radical Life” will have its world premiere at the 30th Hamptons International Film Festival, discovery+ released a new trailer and key art, providing a first look at the documentary that takes an in-depth look at the radicalization and evolution of […]
Read more