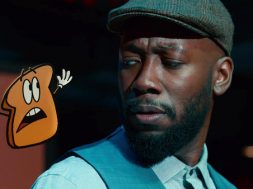 Today, during the Hulu Press Tour, Hulu presented the company’s lineup of upcoming original programming including the semi-animated comedy series Woke starring Lamorne Morris; No Man’s Land, the dramatic tale of the Syrian civil war; and the second season of Pen15, a middle school comedy set in the early 2000s starring Anna Konkle and Maya Erskine.

The company also announces straight-to-series orders for two new Hulu Original series, The Girl From Plainville and The Next Thing You Eat. Starring Elle Fanning, The Girl From Plainville is a limited series inspired by the true story of the controversial case of Michelle Carter (Fanning), who was convicted in 2017 of involuntary manslaughter for encouraging the suicide of her then-boyfriend via texts and phone calls.

Joining Hulu’s Original food programming slate is The Next Thing You Eat from James Beard Award–winning chef David Chang and Academy Award–winning documentary filmmaker Morgan Neville. The six-part docuseries tells the story of the sea change taking place across every corner of the food world. From deeply personal accounts of the havoc wreaked on restaurants by COVID-19—including numerous in-depth interviews conducted in the midst of quarantine—to the ways in which robots and AI will forever change our relationship with food, The Next Thing You Eat is a look into our cultural and culinary future from the creators of the Emmy® nominated Ugly Delicious.

“From renewals of fan and critic favorites Love, Victor and Taste the Nation, to exploring the true story of The Girl From Plainville and learning about David Chang’s deeply personal view at what’s next for the restaurant industry in The Next Thing You Eat, Hulu’s slate of Original programming has never been stronger,” said Craig Erwich, SVP of Originals, Hulu. “Our content is driven by highly curated programming from best-in-class talent, and Hulu is dedicated to continuing to tell unique and inspired stories that our viewers crave.”

As part of The Walt Disney Company, Hulu has gained remarkable momentum over the past year, surpassing 35 million subscribers as of August 4, 2020.  The streaming platform also saw a nearly 40% increase in engagement (total hours watched) with its original programming in 2020, as well as a 43% year-over-year lift in social media interest.

Additional details about today’s announcements include:

Starring alongside comedic legends Steve Martin and Martin Short, global superstar Selena Gomez joins the cast of the upcoming Hulu Original comedy series Only Murders in the Building. The series follows three strangers (Martin, Short, and Gomez) who share an obsession with true crime and suddenly find themselves wrapped up in one. Only Murders in the Building hails from co-creators and writers, Steve Martin and John Hoffman (Grace & Frankie, Looking).  Martin and Hoffman will executive produce along with Martin Short, Selena Gomez, This is Us creator Dan Fogelman and Jess Rosenthal.

Selena Gomez began making the transition from young actress to adulthood with such films as Harmony Korine’s SPRING BREAKERS.   She appeared in the Academy Award®-nominated film THE BIG SHORT opposite Brad Pitt and Ryan Gosling as well as in FUNDAMENTALS OF CARING alongside Paul Rudd.  Most recently, she starred in Jim Jarmusch’s film THE DEAD DON’T DIE opposite Bill Murray and Adam Driver. Gomez has added executive producer to her list of credits serving as an executive producer of the hit Netflix original series 13 Reasons Why. In addition, she executive produced the critically-acclaimed Netflix docu-series Living Undocumented which created much buzz and discussion regarding the polarizing issue of undocumented people living in the United States.  Gomez also executive produced the upcoming Sony feature film THE BROKEN HEART GALLERY.  Earlier this year, Gomez released her critically-acclaimed album RARE which debuted at No. 1 on the Billboard 200, her third consecutive studio album to debut atop the chart.   The first single, “Lose You To Love Me,” gave Gomez her first No. 1 on the Billboard Hot 100 chart. As a solo artist, Gomez has accumulated over 22 billion global streams.

Written by Liz Hannah (THE POST; The Dropout) and Patrick Macmanus (Dr. Death), The Girl From Plainville stars Elle Fanning (The Great) as Michelle Carter and is inspired by the true story of her controversial “texting suicide” case. Based off of the Esquire article of the same name by Jesse Barron, the limited series will explore Carter’s relationship with Conrad Roy III and the events that led to his death and, later, her controversial conviction of involuntary manslaughter.

Executive producers for the series include co-showrunners Hannah and Macmanus, Fanning, and Echo Lake’s Brittany Kahan Ward. Consulting producers include Barron and Erin Lee Carr (I Love You, Now Die). The Girl From Plainville is a production of UCP, a division of Universal Studio Group. Kelly Funke will oversee for Macmanus’ Littleton Road Productions.

From the Emmy® nominated creators of Ugly Delicious—James Beard Award–winning chef David Chang and Academy Award–winning documentary filmmaker Morgan Neville—The Next Thing You Eat is a six-episode docuseries that explores the seismic changes happening all around us and how they affect not only the restaurant world but people’s fundamental relationship to food. Chang and a diverse cast of correspondents will take an unflinching look at the challenges and opportunities ahead, including how our food is grown, who cooks it, how we pay for it, and whether or not deliciousness will fall by the wayside. What kind of food world awaits us in the coming years? The Next Thing You Eat aims to find out.

Following a successful first season, Love, Victor returns to Hulu for a 10-episode second season. Ranking as the #1 most-watched Drama on Hulu during its premiere week this past June, Love, Victor is set in the world of the groundbreaking 2018 film LOVE, SIMON which was inspired by Becky Albertalli’s acclaimed novel, “Simon vs. the Homo Sapiens Agenda.” The first season followed Victor, a new student at Creekwood High School, on his own journey of self-discovery, facing challenges at home, adjusting to a new city, and exploring his sexual orientation. As Victor and his friends mature, so will season two, promising to build on these themes of sexual identity, acceptance, and navigating the odyssey we all know as high school.

Padma Lakshmi’s insightful series Taste the Nation will also return for a 10-episode second season as the freshman series launched in June to critical acclaim, receiving a 100% Rotten Tomatoes score. Starring and executive produced by Padma Lakshmi, along with Part2 Pictures’ David Shadrack Smith, Taste the Nation takes audiences on a journey across America exploring the rich and diverse food culture of various immigrant groups, seeking out the people who have so heavily shaped what American food is today. From indigenous communities to recent immigrant arrivals, Padma breaks bread with Americans across the nation to uncover the roots and relationship between our food, our humanity and our history – ultimately revealing stories that challenge notions of identity, belonging, and what it means to be American.

Emmy® nominated actress Maya Rudolph joins as the narrator for the upcoming Hulu Original Eater’s Guide To The World, slated to debut with seven episodes on Wednesday, November 11. The series was developed by Vox Media Studios and Eater – the most trusted voice in food, dining, and travel – and explores some of the most satisfying culinary destinations around the world including the Pacific Northwest, Casablanca, Tijuana and Costa Rica. Throughout the series, Rudolph will narrate the quest to find the most unexpected places to score an epic meal, while drinking and dining with the locals along the way. Lauren Cynamon, Chad Mumm, Mark W. Olsen and Amanda Kludt serve as executive producers and the series is produced by Eater and Vox Media Studios.

Highly anticipated Hulu Original Documentary I AM GRETA, which follows young activist Greta Thunberg, will stream on Hulu on Friday, November 13. In August 2018, Thunberg, a 15-year-old student in Sweden, started a school strike for the climate as her question for adults was, if you don’t care about my future on earth, why should I care about my future in school? Within months, her strike evolved into a global movement as the quiet teenage girl on the autism spectrum becomes a world-famous activist.  The documentary follows Greta’s heroism and passion for fighting for climate change.

Twenty-two years after its final episode, the long-awaited return of Animaniacs comes to Hulu Friday, November 20. Hulu, Amblin Television, and Warner Bros. Animation are proud to unveil a brand-new version of the iconic family-friendly cartoon series for the whole family, as the Warner siblings, Yakko and Wakko, and the Warner sister Dot, have a great time wreaking havoc and mayhem in the lives of everyone they meet.  After returning to their beloved home, the Warner Bros. Water Tower, the Animaniacs waste no time in causing chaos and comic confusion as they run loose through the studio and beyond, turning the world into their personal playground. Joining Yakko, Wakko, and Dot, fan-favorite characters Pinky and the Brain will also return to continue their quest for world domination in each of the 13 episodes.

Upcoming eight-episode Hulu Original drama series No Man’s Land streams Wednesday, November 18, diving into the depths of the Syrian civil war through the eyes of Antoine, a young French man in search of his estranged, presumed-to-be-dead sister. While unraveling the mystery, Antoine ends up joining forces with a unit of Kurdish female fighters, and ISIS’ biggest nightmare, as he travels with them in ISIS-occupied territory. Antoine’s journey crosses paths with adventurers and anarchists, spies and innocent victims, and provides a unique look at the tragic events in Syria, and the way they affect the entire world.

Hulu is the leading premium streaming service offering live and on-demand TV and movies, with and without commercials, both in and outside the home. Launched in 2008, Hulu is the only service that gives viewers instant access to current shows from every major U.S. broadcast network; libraries of hit TV series and films; and acclaimed Hulu Originals like Emmy® and Golden Globe Award-winning series The Handmaid’s Tale and The Act; Golden Globe Award-winning, Emmy® Award-nominated and Peabody-winning series Ramy; and Emmy® Award-nominated series including Wu-Tang: An American Saga; Castle Rock, and Pen15 alongside hit series Marvel’s Runaways, Little Fires Everywhere, Normal People, Hillary, Shrill, Solar Opposites, and Oscar® and Emmy®-nominated documentary film Minding the Gap. The service also streams live news, entertainment, and sports from 21st Century Fox, The Walt Disney Company, NBCUniversal, CBS Corporation, The CW, Turner Networks, A+E Networks, and Discovery Networks – available all in one place. Recent hit Hulu Originals include Little Fires Everywhere from Reese Witherspoon and Kerry Washington, the TV adaptation of the best-selling novel Normal People, and the comedy series The Great. Upcoming Original releases include The Dropout based on the ABC News investigative podcast starring Kate McKinnon and the book-to-screen adaptation of Nine Perfect Strangers starring Nicole Kidman and Melissa McCarthy.