CAN YOU HANDLE THE STORM WHEN IT COMES? MEET GRETL CLAGGETT WRITER/DIRECTOR OF STORMCHASER

CAN YOU HANDLE THE STORM WHEN IT COMES? MEET GRETL CLAGGETT WRITER/DIRECTOR OF STORMCHASER

Bonnie Blue(played by Mary Birdson) grew up chasing tornados with her dad; it made her feel connected to Mother Nature. But when we meet her years later in midlife, she’s disconnected, up against a recession and struggling to make ends meet. Now, she’s become a different kind of “storm chaser” — hawking shoddy storm supplies, door-to-door, for her charismatic boss, Flip Smyth(played by Stephen Plunkett): a cultish, bullying, father figure, who — similar to a few leaders on our world stage today — denies the recession and preaches “Disaster Capitalism” to Bonnie and his tribe of young sales guys.

After Bonnie makes her first sale, and Flip reneges on paying her the full commission, she realizes that his doctrine of “Flip the Switch!” is just a way to exploit her and her customers. A literal storm sweeps in as a metaphorical storm unleashes inside Bonnie, forcing her to face a moral decision: Will she take the money…or take a stand for what’s right?

One only has to follow the news — Global Warming, Disaster Capitalism, Trump, Bullying, #MeToo, Ageism, Sexism, Racism, a Country Divided, and Shrinking Middle Class — to see the consequences of a predatory society. For full cast and crew information visit-www.stormchaserfilm.com 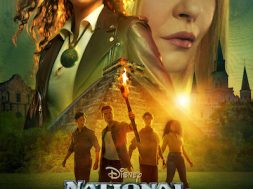