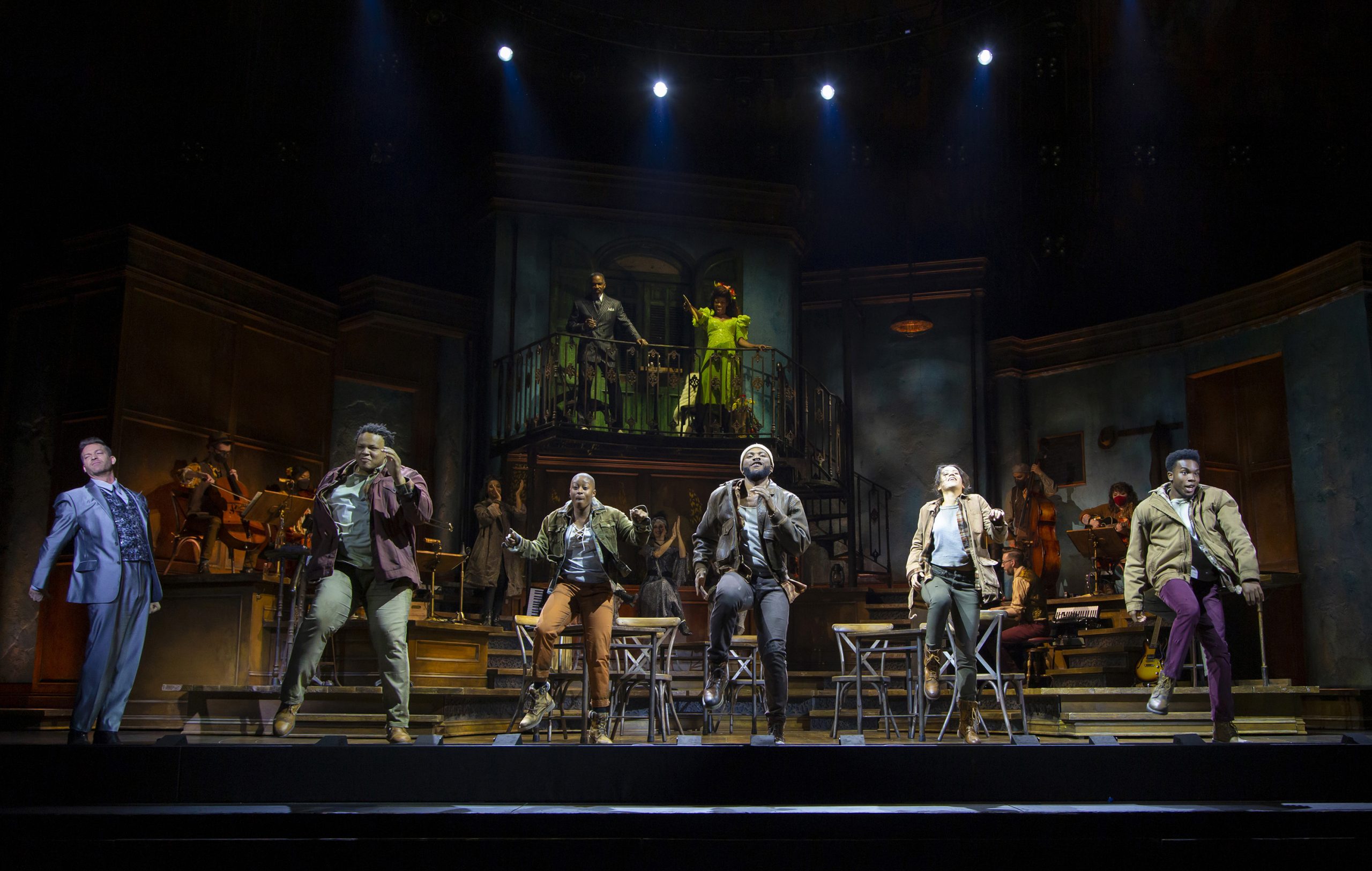 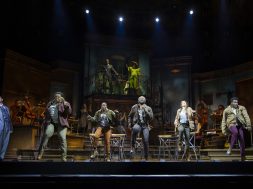 The Los Angeles engagement of “Hadestown” opens Wednesday, April 27 at 8 p.m. at Center Theatre Group / Ahmanson Theatre. The acclaimed new musical is by celebrated singer-songwriter and Tony Award® winner Anaïs Mitchell and developed with innovative director and Tony Award winner Rachel Chavkin. Originally set to play in Los Angeles in 2020, the most honored show of the 2018-2019 Broadway season will finally make its West Coast debut. This haunting and hopeful epic production will play through May 29.

The winner of eight 2019 Tony Awards including Best New Musical and the 2020 Grammy® Award for Best Musical Theater Album, “Hadestown” is hailed by the Los Angeles Times’ Charles McNulty as, “Quite simply one of the most exquisite works of musical storytelling I’ve seen in my more than 25 years as a theatre critic.” In addition to the show’s eight Tony Awards, it has been honored with six Outer Critics Circle Awards, including Outstanding New Broadway Musical, four Drama Desk Awards, and the Drama League Award for Outstanding Production of a Musical.

Following two intertwining love stories — one of the young dreamers Orpheus and Eurydice, and the other of King Hades and his wife Persephone — “Hadestown” invites audiences on a hell-raising journey to the underworld and back. Mitchell’s beguiling melodies and Chavkin’s poetic imagination pit industry against nature, doubt against faith, and fear against love. Performed by a vibrant ensemble of actors, dancers, and singers, “Hadestown” delivers a deeply resonant and defiantly hopeful theatrical experience.

“Hadestown” marks the first time in over a decade that a woman has been the sole author of a musical: writing the music, lyrics, and book, and is the fourth time in Broadway history a woman has accomplished this creative feat.

The show originated as Mitchell’s indie theatre project that toured Vermont which she then turned into an acclaimed album. With Chavkin, her artistic collaborator, “Hadestown” has been transformed into a genre-defying new musical that blends modern American folk music with New Orleans-inspired jazz to reimagine a sweeping ancient tale.

Producers Mara Isaacs, Dale Franzen, Hunter Arnold, and Tom Kirdahy said jointly, “Throughout its development, ‘Hadestown’ has been deeply influenced by audiences around the world. We are thrilled and humbled to now share this beautiful story of hope, faith, and rebirth – written and directed by two amazingly talented women and brought to life by a diverse company of performers – with audiences across North America.”

The show opened at the Walter Kerr Theatre on Broadway (219 West 48th Street, New York) on April 17, 2019, where it played in sold-out houses nightly before performances were suspended due to the COVID-19 pandemic. “Hadestown” resumed performances on September 2, 2021, as one of the first musicals to reopen on Broadway.

“Hadestown” electrified audiences with its 2016 world premiere at New York Theatre Workshop, which is the longest-running show in that celebrated theater’s 40-year history. The production then received its Canadian premiere at Edmonton’s Citadel Theatre in 2017 and then a 2018 sold-out engagement at the London’s National Theatre. “Hadestown” was developed with funding from the Eli and Edythe Broad Stage at the Santa Monica College Performing Arts Center and was further developed by The Ground Floor at Berkeley Repertory Theatre. “Hadestown” was co-conceived by Ben T. Matchstick.

The Grammy® winning “Hadestown” Original Broadway Cast Recording is now available at Hadestown.com/music. The album is produced by David Lai, Sickafoose, and Mitchell on Sing It Again Records.

Center Theatre Group, one of the nation’s preeminent arts and cultural organizations, is Los Angeles’ leading nonprofit theatre company, which, under the leadership of Managing Director / CEO Meghan Pressman and Producing Director Douglas C. Baker, programs seasons at the 736-seat Mark Taper Forum and 1,600 to 2,100-seat Ahmanson Theatre at The Music Center in Downtown Los Angeles, and the 317-seat Kirk Douglas Theatre in Culver City. In addition to presenting and producing the broadest range of theatrical entertainment in the country, Center Theatre Group is one of the nation’s leading producers of ambitious new works through commissions and world premiere productions and a leader in interactive community engagement and education programs that reach across generations, demographics, and circumstance to serve Los Angeles.

Tickets for “Hadestown” are currently on sale at Center Theatre Group / Ahmanson Theatre and start at $35. They are available through CenterTheatreGroup.org, Audience Services at (213) 972-4400 or in person at the Center Theatre Group Box Office (at the Ahmanson Theatre at The Music Center, 135 N. Grand Avenue in Downtown L.A. 90012). Performances run Tuesday through Friday at 8 p.m., Saturday at 2:00 p.m. and 8 p.m., and Sunday at 1 p.m. and 6:30 p.m. Call for exceptions.

American Express is the official credit card for Center Theatre Group and the presenting sponsor of the Digital Stage.

For the time being, Center Theatre Group will continue to require masks, along with proof of full vaccination, and a government- or education-issued ID at all of our venues. Booster shots are strongly recommended. This is consistent with the commitments we have made with our artists, staff, and audiences to ensure their safety. Per the guidelines set by the CDC, “full vaccination” means that at least 14 days have passed since receiving the final dose of an FDA-authorized or WHO-listed COVID-19 vaccine. Unvaccinated guests, including children or those with a medical or religious reason, must provide proof of a negative PCR COVID-19 test taken no more than 48 hours prior to attendance, or a negative rapid antigen test taken no more than 24 hours prior. All tests must be administered by a professional. At-home tests will not be accepted.