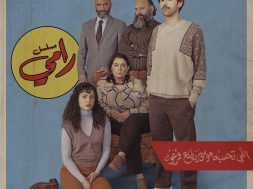 Subscribers will be able to enjoy over 800 episodes of current and legacy programming at launch from the Peabody and Primetime Emmy® Award-winning CNN Original Series and HLN Original Series library by accessing the CNN Originals hub within the discovery+ app or on the web at https://www.discoveryplus.com/channel/cnn-originals.

Offerings under the CNN Originals hub on discovery+ include:

–      Christiane Amanpour: Sex and Love Around the World

–      Pope: The Most Powerful Man in History, narrated by Liam Neeson

–      The Radical Story of Patty Hearst

–      The Redemption Project with Van Jones

–      The Windsors: Inside the Royal Dynasty, narrated by Rosamund Pike

–      Watergate: Blueprint for A Scandal

–      Hell in the Heartland: What Happened to Ashley and Lauria?

–      The End: Inside the Last Days of the Obama White House, directed by Emmy® Award winner Toby Oppenheimer

–      The Flag, directed by Michael Tucker and Petra Epperlein

–      The Hunt for Planet B, directed by Academy Award® nominee Nathaniel Kahn

–      We Will Rise: Michelle Obama’s Mission to Educate Girls Around the World featuring Freida Pinto, Isha Sesay, and Meryl Streep

–      Assault on Democracy: The Roots of Trump’s Insurrection

Additional details and titles will be announced in the weeks and months ahead.