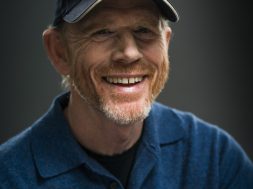 For years, Fire Issues have plagued Southern California. Anson Williams, who is running for mayor of Ojai, attended the Ojai City Disaster Plan Meeting a few weeks ago when the public was invited to give their input. He was chagrined to see that only about 30 people attended the meeting. “The whole community needs to get involved in fire preparedness. Not just 30 people,” Anson said in a call to his Happy Days friend and Academy Award Winner, Ron Howard. “We’ve got to make Ojai a fire-safe city.” Mr. Howard, who is always interested in using his platform to save and improve lives, suggested that he come up to screen his award-winning film, Rebuilding Paradise, and stay for a Q&A with the community along with Ojai Valley Fire Safe Council and other local fire experts. Rebuilding Paradise, a cautionary tale that we all should see and take to heart will be a free event on October 16, 2022, at 6 p.m. at the Matilija Auditorium. Indoor and outdoor seating will be available on multiple screens. However, due to the limited size of the auditorium, only Ojai Valley residents can be accommodated.

“I couldn’t believe how generous this offer was. Ron is such a busy guy, traveling around the world non-stop. We’re lucky that he had a day on the West Coast where he could work this in,” Anson said. “His documentary tells a story of not only horrible tragedy but of the power of humanity, hope, and redemption. It’s a story all of us in this time of climate change can learn a lesson from.”

EDITORS/PRODUCERS: 50 years ago in 1973, George Lucas’ “American Graffiti” spawned the hit series “Happy Days.” Among the original cast members, were Ron Howard (Ritchie) and Anson Williams’ (Potsie). Together and separately, Anson Williams and Ron Howard have a history of dedicating themselves to awareness-raising and public service projects that have and continue to save lives.

Today, Anson Williams is a celebrated and respected director as well as a recognized philanthropist and businessman. Williams has been honored by Congress, the CA State Senate, the City of Los Angeles, and the LAPD, as well as first responders across the country for his efforts in saving lives and raising awareness with regard to the growing mortality rate of drowsy driving, not to mention his dedication to creating products within his own company that benefits the human race. As has been recently announced, Mr. Williams intends to run for the office of Mayor of Ojai, taking that same concern for the global community, by focusing locally on his own hometown of Ojai, CA.

Howard’s award-winning documentary covers the worst wildfire ever in California’s history. On the morning of Nov. 8, 2018, a devastating firestorm engulfed the picturesque city of Paradise, California. By the time the Camp Fire was extinguished, it had killed 85 people, displaced 50,000 residents, and destroyed 95% of local structures. It was the deadliest U.S. fire in 100 years.

“REBUILDING PARADISE”: The community of Paradise, California, a town in the Sierra Nevada foothills, attempts to rebuild after devastating wildfires in 2018. For the residents of Paradise, California, this will forever be their worst nightmare: ‘Camp Fire, the deadliest and most destructive fire in the state’s history. The film shows harrowing footage captured by the dash cam, helmet cam, smartphones, news footage, and drones. One resident says, “Honey, there’s stuff falling out of the sky,” we hear a firefighter state “We are 100% surrounded by fire”, and experience a car ride with a frantic family trying to escape. The aftermath can only be described as total destruction. Paradise is in ashes. We see the desperate attempt by first responders to ensure that all citizens are evacuated, and then we witness the search for bodies. Camp Fire killed 85 people and displaced 50,000 people, including all of Paradise (80 miles north of Sacramento).

Director Howard structures the film with visits every 3 months, and to make it personal, a handful of folks are selected. Mr. Howard ends the movie with clips and warnings, which may fit in a larger discussion, but here, are very effective segments in moments with folks simply trying to put their lives back together. That’s more powerful than anything else we can witness.

As concerns about fire prevention have increased dramatically in the last few years, as far after the fire devastated entire communities, this has made the issue of fire preparedness a major concern, especially for a community as ill-prepared as Ojai, due to previous administrations.