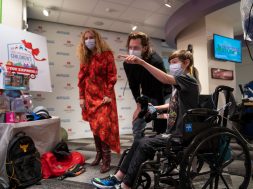 The toys arrived at the hospital via fire truck, police car, and ambulance — in true first responder style — and were personally delivered to children by Hubbard. The EMI Records recording artist was joined by Jillian Crane, President, and CEO of First Responders Children’s Foundation (FRCF), a national organization that assists the children and families of first responders across America. FRCF delivers hundreds of thousands of holiday toys to children around the nation each year as part of its “Toy Express” initiative.

“First Responders Children’s Foundation is enormously grateful to Tyler Hubbard, Mattel, Universal Music Group Nashville, the Vanderbilt University Police Department, Nashville Fire Department, and everyone at Monroe Carell Jr. Children’s Hospital at Vanderbilt and Children’s Miracle Network Hospitals for joining together for this truly special day,” Ms. Crane said. “Working hand-in-hand with Nashville’s first responder community to see a sparkle in the eyes of these brave young children is the greatest holiday gift imaginable; their laughter and smiles will long be remembered by everyone lucky enough to be at this event.”

Hubbard volunteered to participate in the toy delivery in the spirit of expanding his role with the wildly popular Parade of Trees charitable holiday initiative which is a collaboration with his record label, Universal Music Group Nashville, and Gaylord Opryland Resort, to benefit the First Responders Children’s Foundation. In addition to Hubbard, the initiative features country artists including Grand Ole Opry members Alan Jackson, Keith Urban, Little Big Town, and Reba McEntire, along with George Strait, Jon Pardi, Jordan Davis, Kacey Musgraves, Luke Bryan, Maddie & Tae, and Sam Hunt. Each artist has decorated a tree specifically to their style or album, with the trees on display at Gaylord Opryland Resort now through January 5, 2023, as a self-guided tour. Along with their trees, country music’s biggest stars have each donated “Once in a Lifetime” VIP experiences (fly-aways, VIP concert experiences, exclusive merchandise, and more) all to benefit First Responders Children’s Foundation, which is available now through January 10, 2023, at www.CharityStars.com/ParadeOfTrees. Proceeds raised will provide scholarships and mental health services to children who have lost a parent in the line of duty.

“We are thrilled to welcome local Children’s Miracle Network Hospital, Monroe Carell Jr. Children’s Hospital at Vanderbilt, to the Parade of Trees family,” said Dawn Gates, Senior Vice President at Universal Music Group Nashville. “And we are especially grateful to Tyler, First Responders Children’s Foundation, and Mattel for generously making this toy delivery happen for the children. Their smiling faces when they received their toys are what the holiday season is all about.”

Following the Hospital toy delivery, the caravan moved on to the hospital’s Seacrest Studio where Hubbard played several songs for children and their families who also received holiday toys.

“It’s always an honor to visit the kids at Monroe Carell Jr. Children’s Hospital at Vanderbilt,” says Hubbard. “Thanks to Mattel and First Responders Children’s Foundation for making this happen for the kids. Spending time with the kids was so special, and I hope we brought some joy to these families this holiday season. This is truly what the holidays are all about.”

“We are incredibly appreciative of Tyler Hubbard, First Responders Children’s Foundation, Universal Music Group Nashville, and Gaylord Opryland Resort for their generosity and support of Monroe Carell during the holiday season,” said Meg Rush, MD, MMHC, President of Monroe Carell. “The giving spirit of all involved is what makes our Nashville community such a special place and will go a long way to brighten a hospital stay for many children and families.”

First Responders Children’s Foundation is a national foundation that provides programs and resources that address the specific needs of children of first responders. The Foundation focuses on critical areas, including scholarships, financial assistance grants; bereavement assistance, mental health counseling for children; and Community Engagement. FRCF was founded over 21 years ago in response to 9/11 when 800 children lost a first responder parent. FRCF also supports first responder families enduring significant financial hardship due to tragic circumstances, including injury in the line of duty. 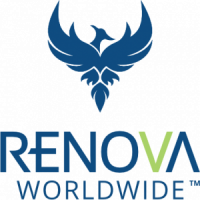 With 20 No. 1 singles on country radio, countless awards, and sold-out tours, Tyler Hubbard has already had a remarkable career as a songwriter and as one-half of the multi-platinum duo Florida Georgia Line. Now Hubbard is embarking on a solo career with his debut solo album Tyler Hubbard, releasing January 27, 2023. Hubbard’s debut solo single, “5 Foot 9,” quickly moved inside the Top 50 on the streaming chart in its first four weeks, currently sits inside the Top 20 on the Country Streaming Chart, and reached No.1 at Country radio. In anticipation of his debut solo album, this summer Hubbard released a six-song project, Dancin’ In The Country, which debuted with over 10,000 SPS units (sales plus streaming) making it the second best-selling country EP debut of the year. It also debuted at No. 1 on the Heatseekers Albums chart, No. 6 on the Current Country Albums sales chart, and No. 107 on the Billboard Top 200 chart. Since releasing his debut single, Hubbard has released eight unofficial music videos. Watch all of Hubbard’s videos HERE.

Monroe Carell Jr. Children’s Hospital at Vanderbilt is one of the nation’s leading children’s hospitals, treating and helping to prevent a full range of pediatric health issues from colds and broken bones to complex heart diseases and cancer. Achieving 10 out of 10 nationally ranked pediatric specialties in 2022, Monroe Carell was again named among the nation’s “Best Children’s Hospitals” for the 16th consecutive year by U.S. News & World Report. Additionally, the hospital earned the distinction as the No. 1 pediatric hospital in Tennessee, and for the second year shares first place in the Southeast Region.