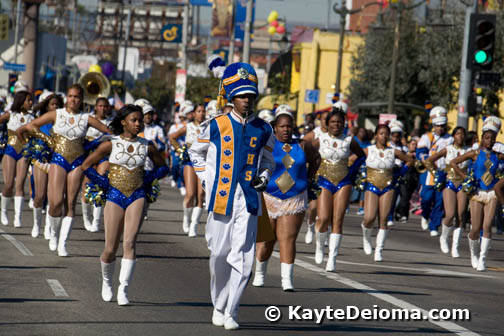 On Monday, January 16th, the Kingdom Day Parade will be televised live on ABC-7 at 11:00 AM/ PT. The streets will be filled with locals and spectators from all over Los Angeles County to celebrate the life and legacy of Dr. Martin Luther King.

This year’s parade theme is derived from a statement from President Abraham Lincoln, who declared that ‘America is the last, best hope of the world for democracy,’ said Adrian Dove, chairman of the Kingdom Day Parade and co-chair of the Congress of Racial Equality. “It was a statement that Lincoln made … just before his assassination.

This year’s grand marshal is the outstanding lawyer George Fatheree III, who along with county officials and attorneys worked to secure the return of Bruce’s Beach to the descendants of Willa and Charles Bruce,” Dove said.

The parade will include schools, bands, equestrian horses, floats, low-rider cars, soul train alumni dancers and so much more. If you live in Los Angeles this a parade you don’t want to miss.