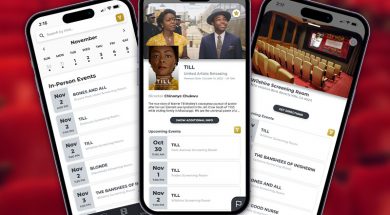 November 4, 2022 RGN staff
0
0
0
Available for iOS and Android, the FYCit app lists all studio-hosted screenings and events. Awards voters and guild members can view all FYC screenings and RSVP directly from the app. FYCit also launching the FYCit Newsletter with awards season insights and exclusive screenings and content. More at https://fycit.app After a successful Limited Public Preview in 2021, the […]
Read more

December 4, 2020 RGN staff
0
0
0
Today, the Warner Bros. Pictures Group announced that it has committed to releasing its 2021 film slate via a unique, consumer-focused distribution model in which Warner Bros. will continue to exhibit the films theatrically worldwide while adding an exclusive one month access period on the HBO Max streaming platform in the U.S. concurrent with the […]
Read more

October 4, 2020 RGN staff
0
0
0
The 2020 Recent Spanish Cinema Series will take place Oct 22nd through Oct 29th and will screen contemporary Spanish Movies for California & Florida audiences. The series will take place both virtually and physically with opening and closing nights at the Drive-In in Los Angeles and Miami respectively This year, the Los Angeles and Miami […]
Read more

Moguldom Studios to Release “The Swirl” May 27

May 16, 2014 RGN staff
0
0
0
(Moguldom Studios is kicking off Summer 2014 with a series of groundbreaking and thought-provoking films including A Genius leaves The Hood, Gunland, The Swirl, Black Church, Inc., Bottoms Up and 72%. The Swirl is scheduled to be released on May 27, 2014. Known for their revolutionary style of documentaries called “docutainment”, Moguldom Studios is leading the way in producing non-theatrical films through digital networks […]
Read more