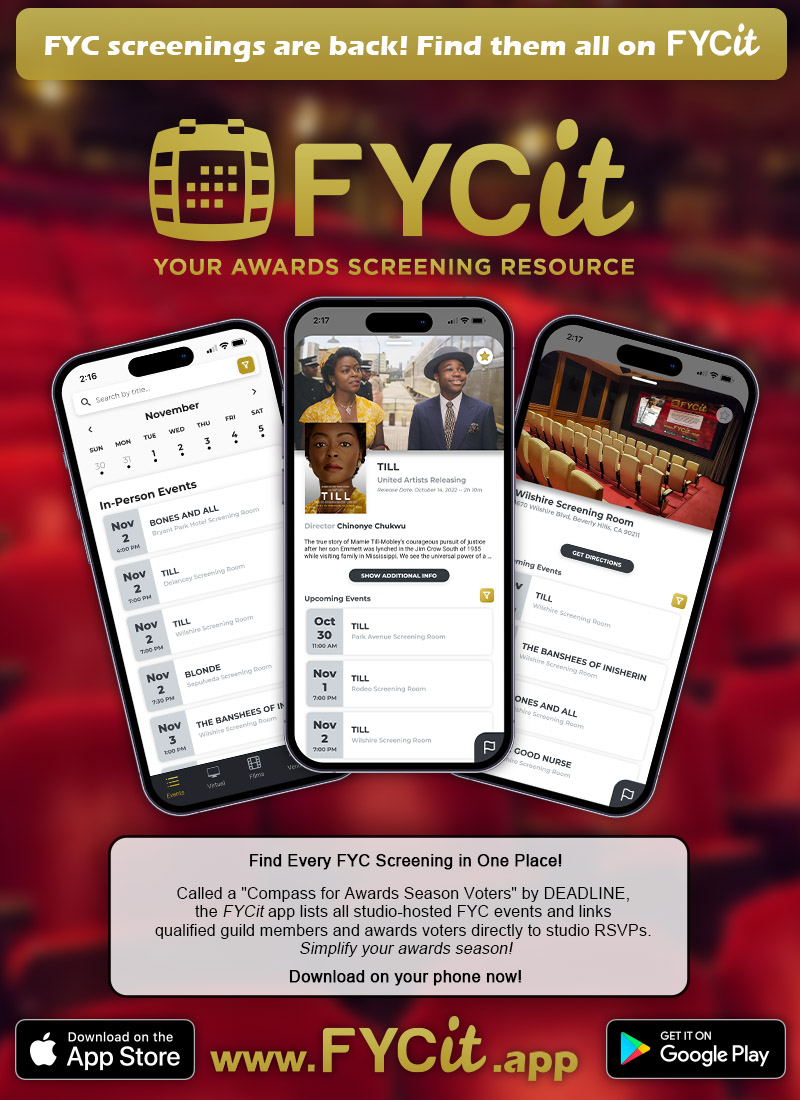 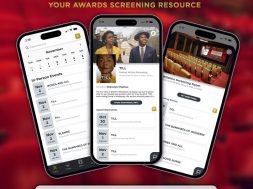 Available for iOS and Android, the FYCit app lists all studio-hosted screenings and events. Awards voters and guild members can view all FYC screenings and RSVP directly from the app.

After a successful Limited Public Preview in 2021, the FYCit app has been relaunched for the 2022/23 awards season. Created to simplify the awards season for guild members and awards voters, FYCit lists all studio-hosted FYC screenings and events in Los Angeles, New York, San Francisco, and London. Users can track favorite films and venues, discover contenders, and RSVP directly from the app.

“Last year was amazing! It’s incredibly gratifying that so many awards voters have used the app to discover great movies they might have missed in their eblast-crowded inboxes,” said FYCit founder Ryland Aldrich. “We’re very excited for guild members to see our expanded event listings and other new features for this season such as virtual content and our redesigned newsletter.”

FYCit is free for every guild member and awards voter and is available in the App Store and on Google Play for all iOS and Android devices.

FYCit is created by Ryland Aldrich, an indie film producer and PGA member based in Los Angeles. FYCit is working with Kyle Katz Consulting on studio outreach.