Chasing the Cure is a groundbreaking initiative that brings together a weekly 90-minute LIVE television broadcast with a 24/7 global digital platform in an effort to help people who are suffering from undiagnosed, misdiagnosed or uncured medical mysteries. Anchored and executive produced by Ann Curry, this initiative will feature a panel of top doctors working alongside the Chasing the Cure audience to help crack patients’ cases. Debuting August 8 LIVE at 9 pm ET /6 pm PT, Chasing the Cure will be simulcast on TNT and TBS.

This multiplatform experience will extend across digital, linear and social to fully harness the power of crowdsourcing through numerous calls to action. It will be comprised of social media pages, a Facebook group, a dedicated website that’s a moderated community where users can submit their cases, and the weekly linear live telecast.

ANN CURRY ANCHOR
Award-winning journalist and photojournalist Ann Curry, a former NBC News Network anchor and international correspondent, has reported on conflicts in Syria, Afghanistan, Iraq, Somalia, Darfur, Congo, the Central African Republic, Serbia, Lebanon, and Israel; on nuclear tensions from North Korea and Iran and on numerous humanitarian disasters, including the tsunamis in Southeast Asia and Japan, and the massive 2010 earthquake in Haiti, where her appeal via Twitter (@AnnCurry) is credited for helping to speed the arrival of humanitarian planes.

She has contributed groundbreaking journalism on Climate Change, interviewing scientists and native peoples, documenting glacial melt in the Arctic, the Antarctic (where she spent time inside an expedition hut left by Shackleton) and on Mount Kilimanjaro, as well as documenting the deepening drought in the American West.  Ann is also known for her focused reporting from inside Iran, giving voice to its women, human rights activists and young people, including Green Revolution activists. She also first broke the news of Iran’s interest in negotiating a nuclear agreement with the outside world.

For her stories, Ann has also traveled to the South Pole where she delivered the first live network news report to an American audience, South Africa and Botswana where she tracked the AIDS epidemic, Somalia and Kenya where she documented Al Qaeda’s link to Al Shabaab terrorists, as well to Syria, Chad, Liberia, Pakistan, among other places.

She also reported and executive produced a twelve-hour documentary series on PBS, called We’ll Meet Again, about people caught in transformative world events including, World War II, the Holocaust, the Korean and Vietnam Wars and the Civil Rights movement.

She is currently a featured writer for National Geographic Magazine and is also the anchor and executive producer of the upcoming live series, Chasing the Cure.

Ann has won seven national news Emmys and numerous Edward R. Murrow awards, Gracie Allen Awards, and National Headliner Awards.  The NAACP has honored her an Excellence in Reporting award.  Women in Communications has awarded her a Matrix.  Ann has also been given numerous humanitarian awards, including from Refugees International, Americares and Save the Children.  The award which she personally prizes most is a Medal of Valor from the Simon Wiesenthal Center for her dedication to reporting about genocide.

SHOWRUNNER
Kim Bondy is the showrunner of Chasing the Cure. Prior to taking on this new role, Kim served as Head of Content for Starfish Media Group, a production company owned by award-winning journalist Soledad O’Brien.

Kim is also an award-winning journalist with more than 25 years in senior management positions. She’s held top spots at CNN, NBC, and Al Jazeera America. Kim served as senior vice president for Al Jazeera America until the network closed in 2016. As head of programming, she oversaw America Tonight, Fault Lines, TechKnow, Talk to Al Jazeera and documentaries for the channel. Under her management, the channel was awarded a prestigious 2016 DuPont Award for the documentary series Hard Earned. She also created the network’s award-winning program America Tonight which was the channel’s flagship primetime news magazine program that provided in-depth reporting and investigations.

Kim was also the Vice President of morning programming and Executive Producer of CNN’s American Morning with Soledad O’Brien and Miles O’Brien. In that role, she was part of the CNN team that received a George Foster Peabody Award for its Hurricane Katrina coverage.

Before joining CNN, Kim held executive and senior producing positions at NBC News on the Today Show, Weekend Today, NBC News at Sunrise and the weekend edition of NBC Nightly News. Prior to NBC News, Kim held management and producer positions in Philadelphia, Atlanta, and the Cayman Islands, having staffed and managed the islands’ first television newsroom.

She holds an MBA and a BA in Communications from the University of New Orleans.

A SAMPLE OF DOCTORS FEATURED ON PANEL 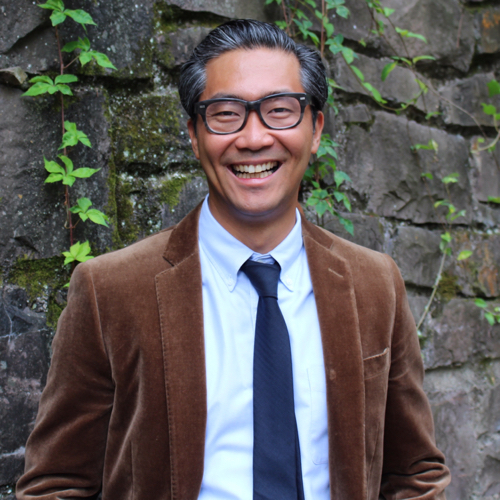 Bon Ku, MD, MPP, is the Assistant Dean for Health & Design at Thomas Jefferson University. A practicing emergency medicine physician, he is also the Director of the Health Design Lab and created the first design thinking program at a medical school. His innovative program tackles healthcare inequalities as a form of social justice and teaches future physicians to apply human-centered design to healthcare challenges. Their work toward building healthier cities and communities has been featured in The New York Times, CNBC, and Architectural Digest.

Dr. Ku is the recipient of the Cambridge Health Alliance Art of Healing Award and in 2016, he was honored with the Health Care Innovator Award from the Philadelphia Business Journal. He has spoken widely on the intersection of health and design thinking, appearing across the country at events including TEDx, SXSW and Mayo Clinic Transform. His forthcoming book, Health Design Thinking, co-written by Ellen Lupton, will be published by the Cooper Hewitt, Smithsonian Design Museum in February 2020. 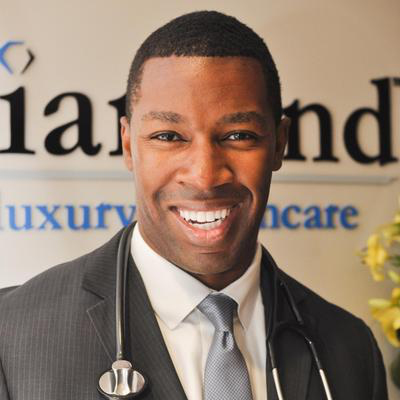 Dr. James believes that integrity and hard work are critical to building customer loyalty. A visionary, he founded Diamond Physicians in 2012, a membership medicine practice that focuses on the patient-physician relationship. This health care niche has gained momentum in response to sprawling waste and frustrations with healthcare delivery systems. Diamond bypasses cumbersome and inefficient “middlemen” to deliver personalized, high-quality medical care directly to their valued clients.

Prior to creating Diamond, Dr. James studied general surgery at the prestigious Cedars-Sinai Medical Center in Los Angeles after graduating from Baylor College of Medicine in Houston. He switched from general surgery to family medicine in order to pursue his dream of transforming healthcare delivery in America. Dr. James completed his training in family medicine at Methodist Charlton Medical Center in Dallas. He is a board-certified family physician licensed in the state of Texas and California.

Diamond Physicians endorses a holistic approach to medicine and incorporates nutrition and fitness into the lifestyle of their clients. This well-rounded conviction was influenced by Dr. James’ undergraduate liberal arts education at Wake Forest University. His ultimate goal is to provide exemplary medical care across America, regardless of socioeconomic class.

Dr. James also holds a United States patent for an innovative surgical gown which he developed while in medical school. He recently received accolades from the Jackie Robinson Foundation and Super Doctors recognizing him as a top leader in the country. When he isn’t tending to the needs of his clients, Dr. James enjoys spending quality time with his wife Quiana, son James III, golf, sports, and civic philanthropic ventures. 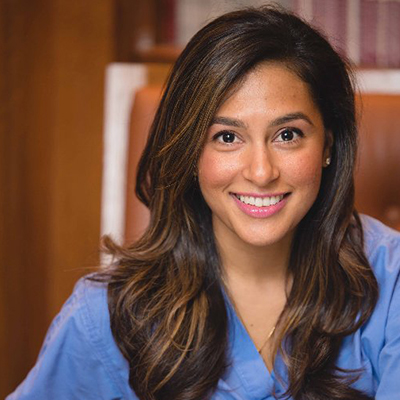 Sheila Sahni, MD is an Interventional Cardiologist at Garden State Heart Center in Clark, NJ. She graduated summa cum laude from Georgetown University’s School of Nursing and Health Studies and received her medical degree from Georgetown University’s School of Medicine. She completed her internal medicine residency at Mount Sinai Medical Center in New York and her fellowship in Cardiovascular Diseases and Interventional Cardiology at David Geffen School of Medicine UCLA where she served as Chief Fellow. She is an active member of the American College of Cardiology Women in Cardiology Committee and the Society of Coronary Angiography and Interventions Women-in-Innovations Committee. Her clinical interests include prevention, lipid management, women’s heart disease, high-risk complete revascularization, and radial interventions. She has been a pioneer in the use of social media for cardiovascular disease education, patient awareness, advocacy.