Jenny Lumet, co-creator and executive producer of the new hit CBS series CLARICE has entered into a four-year overall production agreement with CBS Studios. Under the new deal, The Studio has the exclusive rights to produce all television content created and developed by Ms. Lumet.

In partnership with Alex Kurtzman, she co-wrote the episode “Runaway” for the Emmy-nominated series STAR TREK: SHORT TREKS. In addition, Ms. Lumet serves as creator, executive producer and writer on Showtime’s “Blackbird: Lena Horne and America,” which is based on the life of her grandmother, the incomparable entertainer and activist Lena Horne.

“Jenny is such a wonderfully gifted writer whose skills are not limited to any specific genre,” said CBS Studios President David Stapf. “Whether it’s exploring complex characters like CLARICE or world-building stories such as THE MAN WHO FELL TO EARTH and STAR TREK, Jenny writes with insight and authenticity that reveals universal humanity. There’s nothing she cannot do. We feel so fortunate to be continuing our relationship with her.”

“I feel genuine support and creative partnership at CBS Studios,” said Jenny Lumet.  “It means the world to me that I can continue to work in so many different genres and know they’re behind me all the way.  I’m so excited for this next step with such a forward-thinking team. A special thank you to George Cheeks, David Nevins, David Stapf and Bryan Seabury for continuing to believe!”

Ms. Lumet wrote the screenplay for “Rachel Getting Married”for which she received the 2008 New York Film Critics Circle Award, 2008 Toronto Film Critics Association Award and 2008 Washington D.C Film Critics Association Award. She also received a 2008 NAACP Image Award. She is also the writer of the screen adaptations of The Center Cannot Hold and The Language of Flowers, and she served as a script doctor on the films “Remember Me,” “Bobbie Sue,” “Honeymoon with Harry” and “The Mummy.” She’s also written several other original screenplays, including “Kingdom of Louie” and “Sambo.”

Ms. Lumet served on the council of the Writers Guild of America East (WGAE) and the board of the Writers Guild Initiative. She generated the WGAE’s first Diversity Caucus. She is an executive director of Bindercon, a conference for women and non-gender-conforming writers, and holds screenwriting seminars for women of color and women over 40. 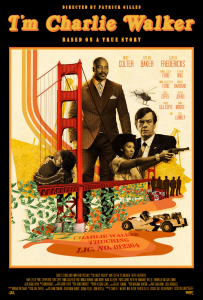