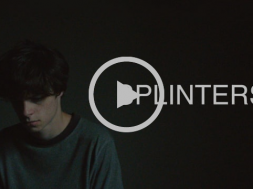 Jon Corum’s SPLINTERS is the latest micro-budget independent film to be supported by Outsider Pictures, as part of its new strategy to bring first-time independent directors’ voices to the screen. SPLINTERS’ initial festival push was put on hold due to covid, and was released on TVOD sites, beginning April 15, 2022, and then on AVOD platforms later this year.

SPLINTERS is a drama about a mother and son who cope with a tragic loss in their own ways. Anna and her son, Bo, live in a small town in the Midwest isolated from each other and the rest of the world. Since the passing of Anna’s husband, the two struggle to communicate. Her worries about Bo only push him further away as his grief takes him on a journey looking for answers that may or may not exist.

As Bo notices a budding friendship between his mother and his teacher David, he enlists the help of David’s daughter to investigate a story his father told him involving buried money at a local sawmill. The family’s unraveling ultimately leads them to a place of understanding.

The characters learn to forgive each other because they realize they are all that they have left. A splinter is a broken piece from something larger. All of the characters in this story are splinters.  They are the remaining pieces of a broken family.

Outsider President Paul Hudson says, “Too often, the industry is lamenting the end of cinema, whilst not all of the films acquired will play in theaters. The hope is that the work of these directors is discovered and that their next film, and the film after that, will make it into cinemas.”

The Outsider deal for each micro-budget film is the same – all costs are approved upfront by the Director/Producer and all profits are split 50:50. Outsider is actively looking for new micro-budget films to support. Outsider’s next micro-budget release will be Conor Mcbride’s Saturday Night Inside Out. Previously, Outsider released TEJANO, by David Blue Garcia, who went on to direct the reboot of  Texas Chainsaw Massacre for Legendary Pictures, which was then sold to Netflix. 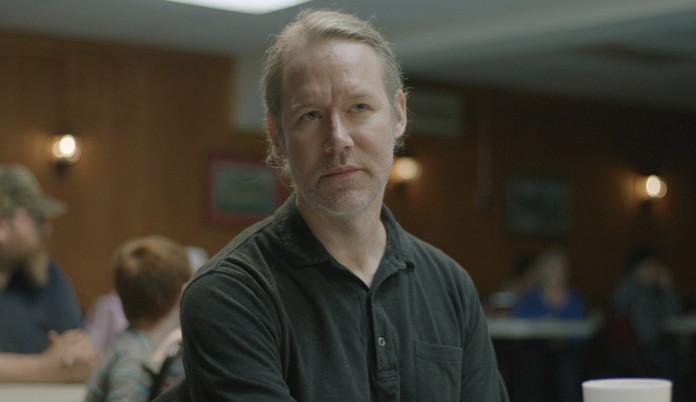 Paul Gordon, born in Normal, Illinois, wrote, directed, and starred in The Happy Poet, which premiered internationally at the Venice Film Festival and in the U.S. at South by Southwest. It screened at festivals around the world, winning jury and audience awards, and streamed on Netflix, Hulu and Amazon Prime. Prior to that, Paul made Motorcycle, a feature film crafted from his three film school projects at the University of Texas. Motorcycle premiered at the 2006 Slamdance Film Festival, and went on to play at SXSW, Thessaloniki, Rooftop Films, and the Pioneer Theater in New York. Paul’s short film GOOD played at the 2001 SXSW and Chicago International film festivals and aired on PBS’s Image Union, and he was a segment director on SLACKER 2011, a remake of Richard Linklater’s SLACKER, which raised funds for the Austin Film Society. Paul has also acted in festival favorites Mr. Roosevelt (Dir. Noel Wells; Netflix), Savasana (Dir. Brandon Daley, Vimeo Staff Pick), Thunder P. (Dir. Steve Collins; Funny or Die), I Need a Hug (Dir. Steve Collins; Vimeo Staff Pick). Mr. Gordon previously worked for Habitat for Humanity International and currently works as a freelance editor and film lecturer. He is a graduate of the MFA program in Film at University of Texas, Austin. 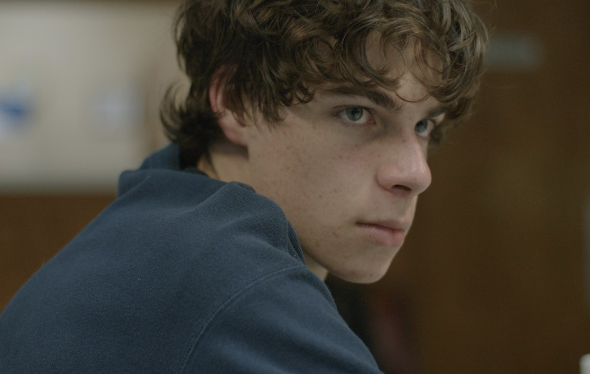 Jackson Kelly was born in Waco, TX and raised in the back room of his mother’s veterinary clinic. Growing up he wanted to be a chef at Benihana, an archeologist, a preacher, an astronaut, a cowboy, and Luke Skywalker among other things. He discovered he could be all of these things and more after his first taste of acting at the age of 11. Playing a boy with no lines in a local play sparked his interest in the world of theatre thanks to his babysitter at the time who suggested he audition for the part. After years of chasing the bug Jackson moved to LA at the age of 18 to pursue a career in the film industry. After 2 years in LA, he made the switch to the Big Apple along with his pet bunny rabbit Junebug. Splinters is Jackson’s first feature film. 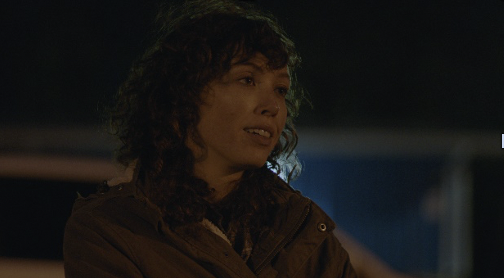 Joni Mann is an American SAG/AFTRA actress. The work of her first lead role in a feature film,  The Sound of Settling, premiered at the Chinese Theater in Hollywood and is now on Amazon Prime. She received “Best Actress” at the Austin Revolution Festival in 2019 for her role of “Abby” in the film. She has played lead roles in several other short films, a role as “Claire” on the QUIBI show Agua Donkey’s, and a role on the show POSE. She has a currently airing National American Express Commercial and At&t, and has worked on a National Best Buy, McDonalds and Verizon commercials in the last couple years in Los Angeles. Her Latest role was “Tracy”, on Crypt Tv’s (Blumhouse productions) where she had the experience of learning American Sign Language (ASL). Joni studied dance from an early age and graduated from the University of Utah with a BFA in Modern Dance. Her dance career brought her to New York City where she performed in various modern companies which led her to be in front of the camera. Eventually, a film role brought her to Los Angeles and she stayed.  he fell in love with Improv. Comedy at UCB, learned Scene Study at Anthony Meindl’s Actor Studio, and Lesly Kahn once told her to wear more eyeliner in her Sitcom class.  A native Midwesterner, Joni was born in Chicago, Illinois. She is a Suzuki- trained violinist and teaches violin to her young students. She’s a business owner currently building an all-natural pain/anxiety relief company; DR. MILO (www.drmilohemp.com). 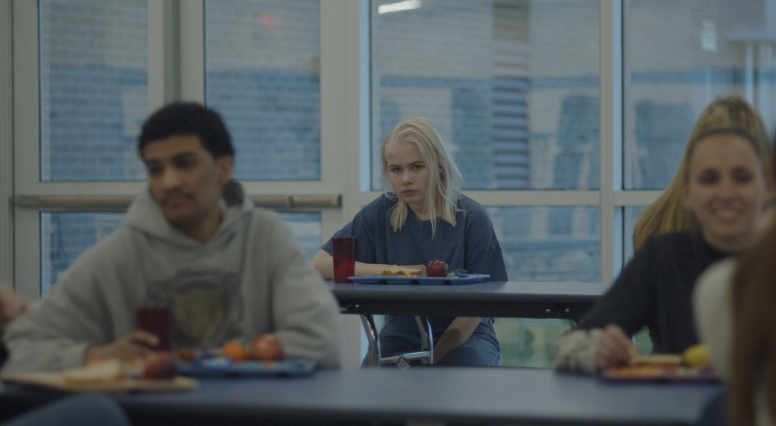 Annie Bulleit makes her debut into the film industry with the role of Joan. is a 19 year-old actress from Louisville Kentucky. She started her career in theater at the early age of 6 with The Actors Theater Louisville. Since then she has been in countless productions with various theater companies across Indiana and Kentucky. She has been honored with the opportunity to star in a one-act pilot production for Disney Marvel When she’s not acting, Bulleit spends her time studying music and voice at Louisville Voice Lessons with renowned teacher Jasmine Davis. The Stanislavski trained actress looks forward to expanding her film career and is working to study drama at University.

Jon Corum (b. 1992) grew up in a small town in Southern Indiana. He discovered a passion for movies at an early age and forced his friends to make silly Youtube videos throughout his time in high school. This resulted in a pursuit of a career in filmmaking. After a rejection from USC film school, he attended Indiana University for two years. There, he visited IU cinema where he was  inspired by a vast array of films and even met one of his favorite filmmakers, Walter Salles.

During college, Jon directed the short films TRAINING WHEELS and THE LIFE OF A GHOST. He enlisted the help of his close friends, including his wife, Suzy Corum, who has produced and helped on all of his films. After his sophomore year at IU, Jon was accepted and transferred to USC School of Cinematic Arts where he realized his true calling as a cinematographer. Since his graduation from USC, Jon has continued his work as a freelance cinematographer on various projects including upcoming feature films BLOOM and 5 YEARS APART. Being a cinematographer has allowed him to learn from fellow directors while also inspiring him to direct his first feature film SPLINTERS.

DIRECTOR’S STATEMENT
About a month out from production, I arrived back in my hometown in Southern Indiana with an incredibly naive “To Do List.” For three years, I worked on my script and wondered if I would ever actually undertake making the film. I enjoy being a cinematographer which allows me to jump from project to project participating mainly just during filming. For Splinters, I wanted to manage the risk that comes with directing and make the film in as small a way as possible which required the very tight knit, essential crew to wear multiple hats. For example, one of our producers, Adam Maffei, was also our first assistant director. I also decided to act as my own cinematographer. In order to avoid distractions from performances, I decided to use entirely natural and available light and never move the camera. Embracing the limitations made the film and the making of it unique.

In the weeks leading up to the shoot, Mark Totte (producer) and I worked on the ever-growing list of things to prepare for our nine day shooting schedule. There didn’t seem to be enough hours in the day. In the end, I realized if I could just capture what I put on the page, things wouldn’t be a total disaster. I spent years working on the script telling a story loosely based on my best friend’s experience of losing his father. I was able to relate to the idea of broken families by weaving in details from my own childhood dealing with my parents’ divorce.