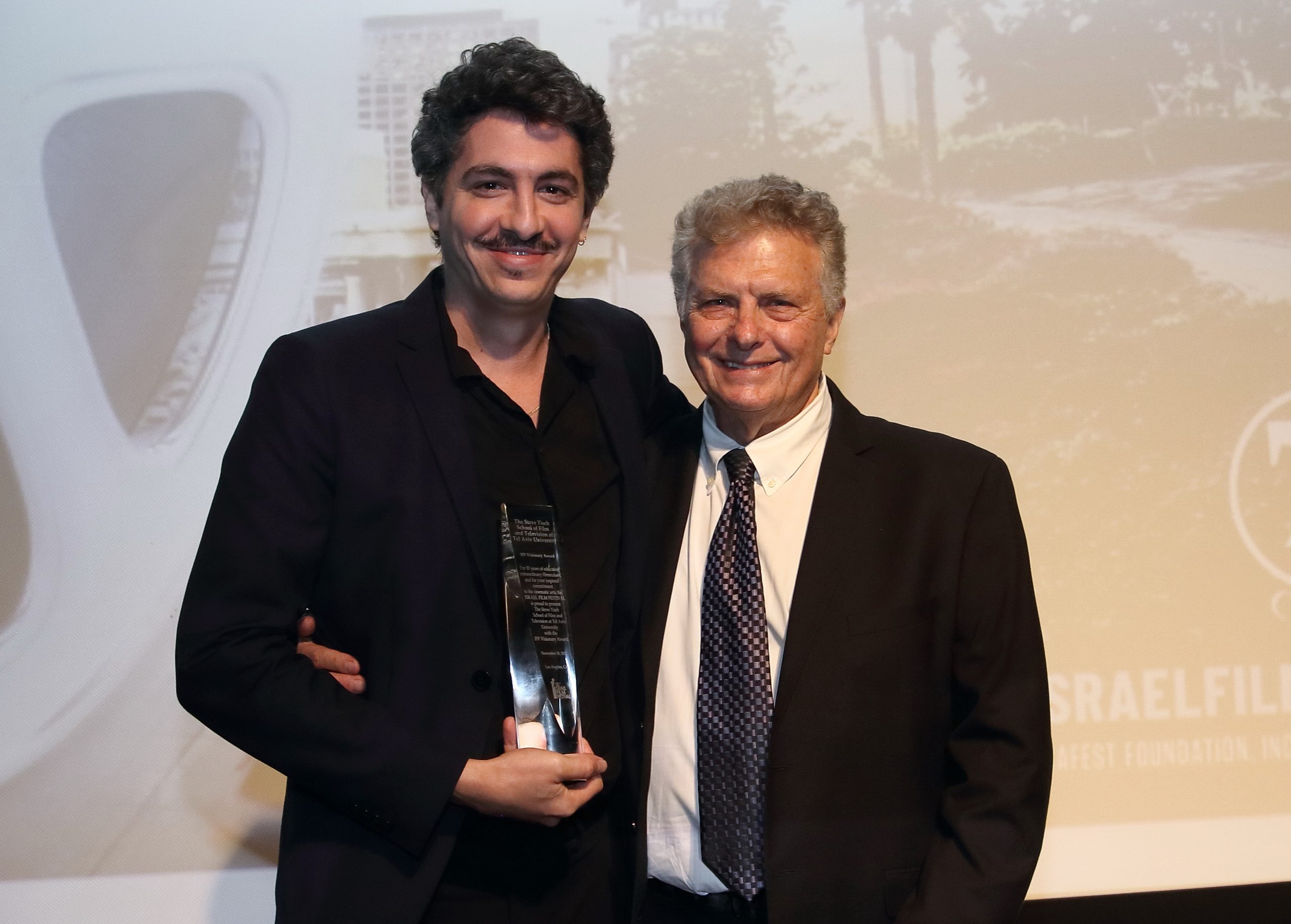 The 36th ISRAEL FILM FESTIVAL in Los Angeles, the largest showcase of Israeli cinema and television in North America, saluted the Steve Tisch School of Film and Television at Tel Aviv University with the IFF Visionary Award and philanthropist Hanna Rubinstein with the IFF Humanitarian Award during its Sponsor Kick-Off which was held at the Writers Guild Theater on November 30th, 2022.  This was immediately followed by the Los Angeles Premiere of Karaoke, winner of 4 Israeli Academy Ophir Awards including Best Actor for Sasson Gabay (The Band’s Visit) and Best Actress for Rita Shukrun, and a post-Q&A with its director/writer Moshe Rosenthal, announced MEIR FENIGSTEIN, founder/executive director of the Festival.

“The Israel Film Festival is thrilled to recognize the artistic contributions that the Steve Tisch School of Film and Television at Tel Aviv University and its graduates have made for 50 years to establish Israeli cinema and television at the forefront of entertainment around the world,” noted Meir Fenigstein, founder/executive director of the Festival.  “Our Festival sponsors and benefactors, such as our distinguished honoree Hanna Rubinstein, deserve extra special recognition for their continued financial support and donations to bring the outstanding world of Israeli movies and tv shows to Los Angeles audiences.”

In the West End of 1950s London, plans for a movie version of a smash-hit play come to an abrupt halt after a pivotal member of the crew is murdered. When world-weary Inspector Stoppard (Sam Rockwell) and eager rookie Constable Stalker (Saoirse Ronan) take on the case, the two find themselves thrown into a puzzling whodunit within the glamorously sordid theater underground, investigating the mysterious homicide at their own peril.

The first film school in Israel, the prestigious Steve Tisch School of Film and Television at Tel Aviv University was founded in 1972.  The School offers unique and diverse opportunities for developing proficiency in film and television production and for studying film history, theory, and criticism. Many of Israel’s most prominent filmmakers, scholars, and critics are among its graduates; student films produced in the school are regularly screened and won awards in prestigious international festivals.

Hanna Rubinstein, a native Israeli who has lived in Los Angeles since 1967, is a major philanthropist to Israel, contributing to WIZO, Yad Vashem, and organizations for Holocaust survivors, supporting disadvantaged populations, and promoting girls in sports. Her family also regularly contributes to the Maccabiah and has established several tennis centers in Israel.

Karaoke is a comedy about a married middle-class suburban couple in their 60s who are drawn to their new neighbor, a charismatic bachelor who has karaoke evenings at his apartment.

The mission of the ISRAEL FILM FESTIVAL www.israelfilmfestival.com is to highlight Israel as the lively and innovative nation that it is, as well as to shine a spotlight on its thriving film and television industry and enrich the American experience of Israel’s social and cultural diversity.  The 36th Israel Film Festival in Los Angeles will be held November 8th – 19th, 2023.