Home Entertainment News Magic of Disney’s Animal Kingdom Rings in the New Year With an All-New Season With Back-To-Back Episodes on National Geographic and Nat Geo Wild on Jan. 1 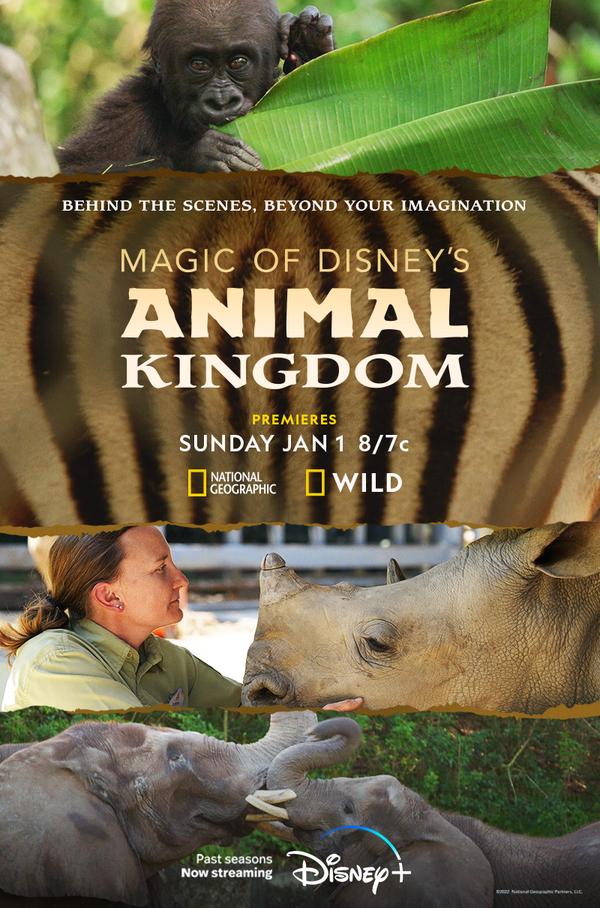 Magic of Disney’s Animal Kingdom Rings in the New Year With an All-New Season With Back-To-Back Episodes on National Geographic and Nat Geo Wild on Jan. 1 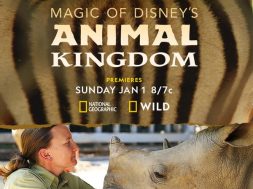 Magic of Disney’s Animal Kingdom Rings in the New Year With an All-New Season With Back-To-Back Episodes on National Geographic and Nat Geo Wild on Jan. 1

All Episodes Available on Disney+ on Jan. 4

The all-new season debuting on Jan. 1 on National Geographic gives viewers an all-access pass to explore the magic of nature within Disney’s Animal Kingdom Theme Park, Disney’s Animal Kingdom Lodge, The Seas with Nemo & Friends at EPCOT and Tri-Circle-D Ranch, which hold more than 300 species and 5,000-plus animals. All episodes will be released on Disney+ on Jan. 4. The debut is part of Disney 100 Years of Wonder, which kicks off on New Year’s Eve and celebrates the 100th anniversary of The Walt Disney Company.

Want to see a hippopotamus on Christmas? Ahead of the season premiere, watch the extended first look on National Geographic on Dec. 24 at 10:30/9:30c and Nat Geo WILD on Dec. 25 at 10/9c and Dec. 31 at 10:30/9:30c! In this half-hour sneak peek, viewers get a glimpse of what’s to come, including a hippo’s dental procedure, a gassy gorilla’s hyperbaric chamber experience and a good-natured giraffe’s foot treatment.

The 10-episode series from National Geographic showcases not only the vast array of animals but also the dedicated animal experts who encompass Disney’s Animals, Science and Environment team, which manages the around-the-clock needs of the park, ranging anywhere from pulling a big tooth from Lil Joe, the manatee; throwing a birthday party for Galápagos tortoises; releasing sea turtles back into the wild after rehabilitation; hatching baby flamingos and more! From special enrichment programs and nutrition to encouraging animals to participate in their own medical care, the team has established strong relationships with the animals to maintain their health and well-being. Disney is a recognized leader in animal care and conservation for its work with the Association of Zoos and Aquariums (AZA) on the Species Survival Plan® (SSP) Program.

The exploratory docu-series is also a tribute to Disney’s dedication to conservation and the environment as it highlights the teams’ commitment to reducing their environmental footprint, caring for wildlife and their habitats, and creating experiences that inspire action. These collective efforts are known as Disney Planet Possible. Throughout each episode, viewers will be able to learn more through pop-up facts detailing some of the tangible actions Disney has taken to support a world in balance and a healthier home for people and wildlife. That includes highlights from organizations supported by the Disney Conservation Fund and the work of Disney Conservation Team Wildlife, which works hand-in-hand with the animal care teams to deliver best-in-class scientific programs to conserve wildlife in Disney’s backyard and beyond.

Filmed across five months, the series incorporates cutting-edge technology, including custom-built GoPro enclosures, 18-foot cranes and underwater camera systems, to highlight the magic found in every crevice of the kingdom. MAGIC OF DISNEY’S ANIMAL KINGDOM dives into the details of each park, unveiling the multifaceted aspects of animal care, operations, Imagineering and Disney’s conservation efforts. Viewers get up close to veterinarians working in one of the world’s most advanced animal health facilities as they solve a menagerie of medical mysteries and revolutionize the care they give to their animals.

More information, including episode titles and descriptions, can be found below:

Giraffes on the savanna hold up guest traffic and find a way to get more food from keeper Rory. Tolstoy, the 100+-year-old loggerhead sea turtle, undergoes treatment to help him eat properly. A new hippo, Rosie, attempts to make friends with the rest of the bloat, and an aging collared brown lemur celebrates his birthday in style.

Love is in the air as Nadirah and Mac, the elephants, go on their first date and hopefully create new life. Lilly the Cinderella pony fulfills her destiny and makes a bride’s dream come true. Tiny wild turtles hatch at Disney’s Vero Beach, and Spike the gorilla struggles with the lasting effects of a dangerous infection and severe osteoarthritis.

A group of rescued wild sea turtles arrive at EPCOT in need of urgent medical care before being released back into the ocean, a young rhino receives special treatment backstage after he cracks his horn, the Disney team creates a new chew toy to entertain the lion pride, and Heidi the Hartmann’s mountain zebra gives birth!

Olivia, the pregnant okapi, has a successful ultrasound scan and delights her keepers by giving birth to a healthy baby. Logan the raven learns some new tricks before wowing audiences during his stage show. Princess, the elderly mandrill, arrives at the park in search of a new home and family, and Disney’s first blacktip reef shark prepares to join the main underwater environment at The Seas.

A western lowland gorilla takes a road trip to receive pioneering hyperbaric oxygen therapy, a black rhinoceros is fitted with a fitness tracker to study his movements, the veterinary team investigates what might be causing a roan antelope to lose weight drastically, and the Galápagos tortoises celebrate their 10th birthdays with a wild party!

Lily the Masai giraffe needs an X-ray to determine if she’s broken her toe, but she’s reluctant to be anesthetized. The park’s tight-knit pack of painted dog brothers must be separated to get their annual health check. At the Tree of Life, the lesser flamingo flock gets a visit from the stork with a very cute addition to Disney’s Animal Kingdom!

Sigsbee, the anemic green moray eel, gets a health check. Tequila the Nile hippopotamus has a painful toothache, and Hank the wild gopher tortoise digs herself a new home on Disney grounds. Then the granddaddy of the resident purple martin flock, Steve, disappears without a trace! And Harper, a beloved white-cheeked gibbon, prepares to leave the park to start her very own family.

A young zebra undergoes urgent abdominal surgery after an encounter with an eland’s horn, two meerkats jostle for top position in the meerkat mob, a frogfish is given a bone graft to mend his broken jaw, and the Disney Imagineers build a motorized ball to help keep a trio of chilled-out cheetahs entertained.

A critically endangered antelope is losing weight fast and needs urgent surgery, a baby rhino takes her first steps out on the savanna to meet her extended family for the very first time, a dig-happy warthog gets the perfect piggy pedicure, and a beloved manatee struggles with a toothache ― time to visit the dentist!

Jolo, the rescued manatee, battles a potentially deadly parasitic infection that puts her release into jeopardy. Kianga the elephant throws a temper tantrum in the pool, Maathai the cheetah has tummy troubles that must be investigated, and Kevin the crested coua chick shows his keepers how to keep his food on target.

For more information about these and other Disney animals, please visit DisneyAnimals.com.

0
0   0
previous National Geographic Reveals the First Look of the Upcoming Limited Series a Small Light
next Whitney Houston: I Wanna Dance With Somebody in Theaters Now
RGN staff
Related Posts