The Tomorrow War is available exclusively on Amazon Prime Video.

Reviewed by Stacey Goodlett: The Tomorrow War, Amazon Studio’s original movie, tells the story of a family man who has been conscripted to fight a war in the future. And whose success relies on him reckoning with his past. Starring Chris Pratt (Guardians of the Galaxy), Yvonne Strahovski (The Handmaid’s Tale), Sam Richardson (Veep), and JK Simmons (Spider-Man), The Tomorrow War is a big movie with a big premise.

The year is 2022 and during a world cup match, the world gets a supernatural visit from soldiers in the future demanding their help. The future citizens – from the year 2052 – are in a war with an unknown alien race who are quickly killing off the human and animal population. The alien creatures reproduce and multiply quickly leaving countless lives in their wake. The future soldiers are recruiting civilians who meet the criteria to go back and help them fight.

Chris Pratt plays Dan Forrester. A former military soldier, he now teaches middle school science while trying to move to the corporate world where he’ll get his own lab and resources to study to his heart’s content. When that dream is dashed he goes back to his teaching job, which now includes disenfranchised students. Six months have passed and hundreds of thousands of countrymen have gone to fight with only a small percentage actually returning. One day, Dan is called to the base and suddenly told he has 24hrs before he’s sent forward in time to join the fight. His family consists of his wife Emmy (Betty Gilpin), daughter Muri (Ryan Kiera Armstrong), and estranged father James (JK Simmons) are devastated and Emmy is adamant that Dan not go.

James and Dan’s estranged relationship (Dan is clearly a Jr and decides to go by his middle name) causes an obstacle when Dan suddenly needs James in order to be ready for his mission. Later he deals with another crossroads wherein in order to not become the man he’s projected to be, he must make peace with his dad. He’s understandably and relatably resistant.

After conscription users go through a boot camp of sorts led by Lt. Hart (Jasmine Matthews) where Dan forms a small team. Their time comes suddenly and well before the initial seven days of training is up. With barely any knowledge they are thrust 30 years into a future that is apocalyptic. Fires rage over Miami as packs of aliens seek and devour any form of life they can find. From here Dan tries in futility to keep his team safe while also carrying out the tasks of the Romeo Command colonel who has a secret of her own. 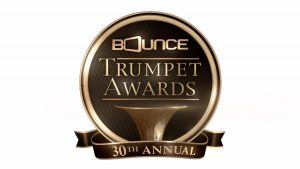 The Tomorrow War has all of the makings of a summer blockbuster hit. There’s plenty of action, nearly non-stop after the unit arrives in the future world. The graphics and stunts are big and the performances are heartfelt and charming. The movie does an excellent job of showcasing diversity not only in the main cast (Edwin Hodge plays Dorian, a man who has survived three tours to the future war) but in the supporting and background cast. Keep an eye out for up-and-comer Alexis Louder, playing Diablo.

Sure, there are some flaws, at 2 hours and 20 minutes, the movie is a bit too unnecessarily long. The plot plays fast and loose with logic and we’re given a lot of “wave it away” information when questions are presented. There are also some predictable elements. There was a line said near the beginning that was very obviously the key to the entire movie, but it does pay off so the obviousness is forgivable. And which is really a good theme for watching this film. There will be some roadblocks, some one-dimensional characters, some facts that don’t entirely add up or make sense at all, but the movie is fun. Sam Richardson, Mary Lynn Rajskub, and Mike Mitchell provide much-needed levity and comic relief along with Pratt’s own optimistic wit. It’s a great film to watch with popcorn and your friends or family with plenty of intense action and engaging characters to keep you invested.

The Tomorrow War is available exclusively on Amazon Prime Video.